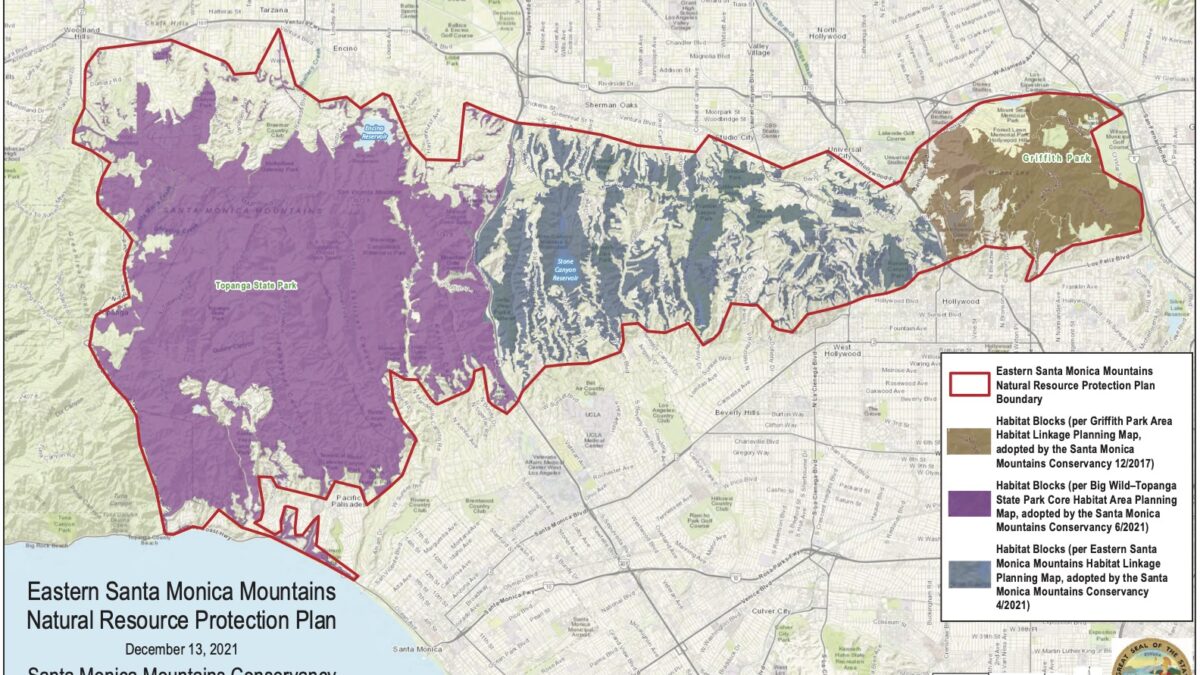 “The goal of this Eastern Santa Monica Mountains Natural Resource Protection Plan (NRPP) is to provide a baseline document that successfully guides all forms of land protection in the portion of the Santa Monica Mountains between Topanga Canyon Boulevard and the eastern boundary of Griffith Park,” the project announcement states.

The plan places an emphasis on connectivity, including the existing patchwork of non-contiguous habitat blocks and the trails and habitat corridors wildlife use to travel between them.

An earlier National Park Service resource protection plan focused primarily on the central and western part of the range, but excluded natural areas east of Topanga Canyon Boulevard and north of Mulholland Drive, where some of the earliest battles over open space were waged, but which have not been the focus of a concerted habitat protection plan.

The new NRPP combines three earlier Conservancy planning maps for a comprehensive overview of the entire habitat system. One of the goals is to “emphasize the importance of protecting the few remaining viable habitat linkages across the cross mountain busy arterial roadways that include Sepulveda Boulevard, Beverly Glen Boulevard, Benedict Canyon Drive, Coldwater Canyon Avenue, and Laurel Canyon Boulevard,” but the plan also maps and highlights missing links in the Topanga area. It’s described as an important step towards comprehensive  protection for ecological resources and potential public open space.

The plan, including high resolution versions of the new map, can be viewed at https://smmc.ca.gov/wp-content/uploads/2021/12/ESSM-NRPP.pdf

Try This One Simple Thing