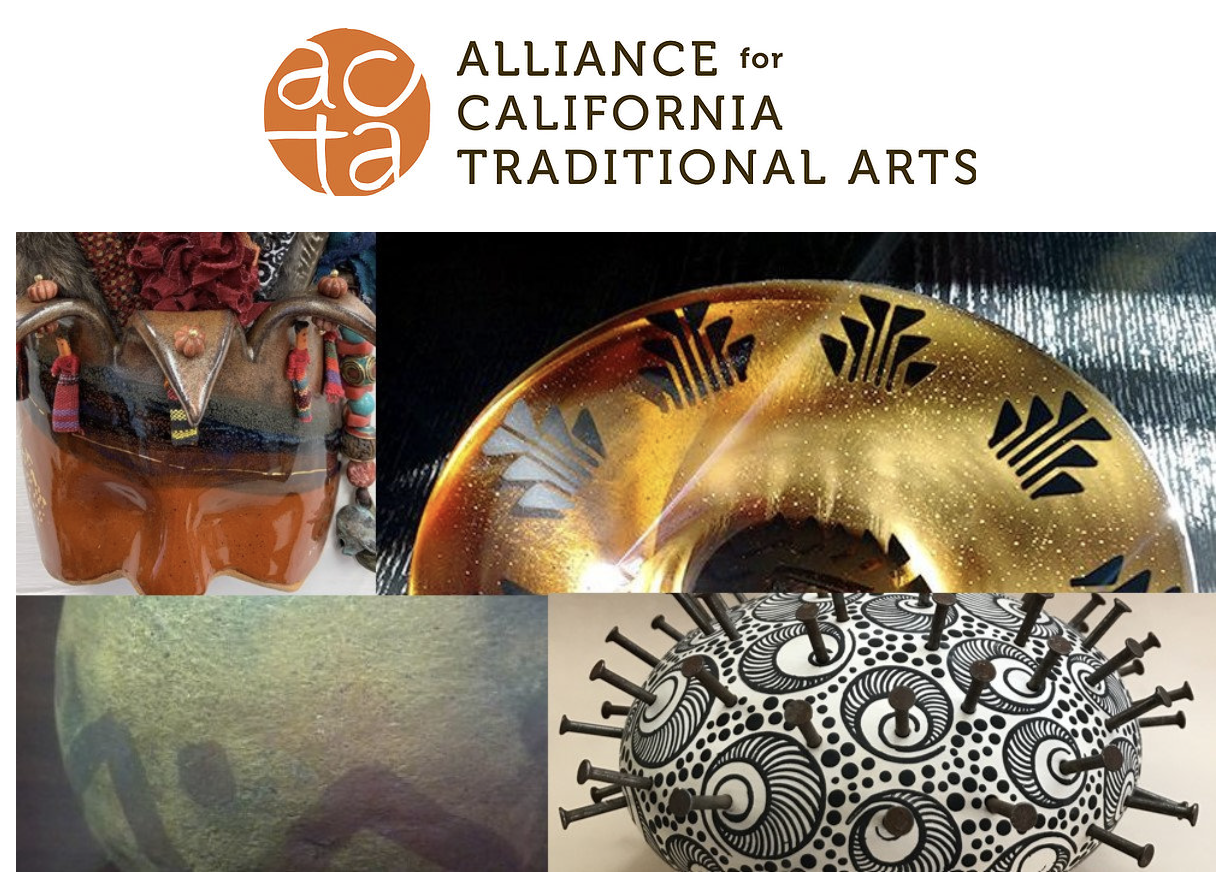 “Pottery” will feature the work of Carina King, Rowan Harrison, Maree Cheatham, and Ana Rodriguez. Panel participants will include Native American Artists working in both traditional and contemporary/urban modalities, and from a range of tribal backgrounds.

Moderator Kat High is a Native Californian of Hupa descent. She served as the Director and Program Coordinator for the Haramokngna American Indian Cultural Center for over 15 years. Kat is an advisor to the Satwiwa American Indian Cultural Center, The Autry National Center, and the Antelope Valley Indian Museum. Kat is a member of the California Indian Basketweavers Association, and Neshkinukat, the California Indian artists network. Upcoming dates for future panel discussions include: “Gourds” on October 24th at 11am,”Basketry” on November 7th at 11am, “Beadwork” on November 21st at 11am, and “Storytelling” on December 19th at 11am. This project will culminate with a curated fine-art gallery exhibition featuring selected artwork from the panel participants opening at Greenly Art Space on January 22nd. All of the activities will be presented online and the exhibition will also be available for in-person viewing during open hours if current restrictions allow it.