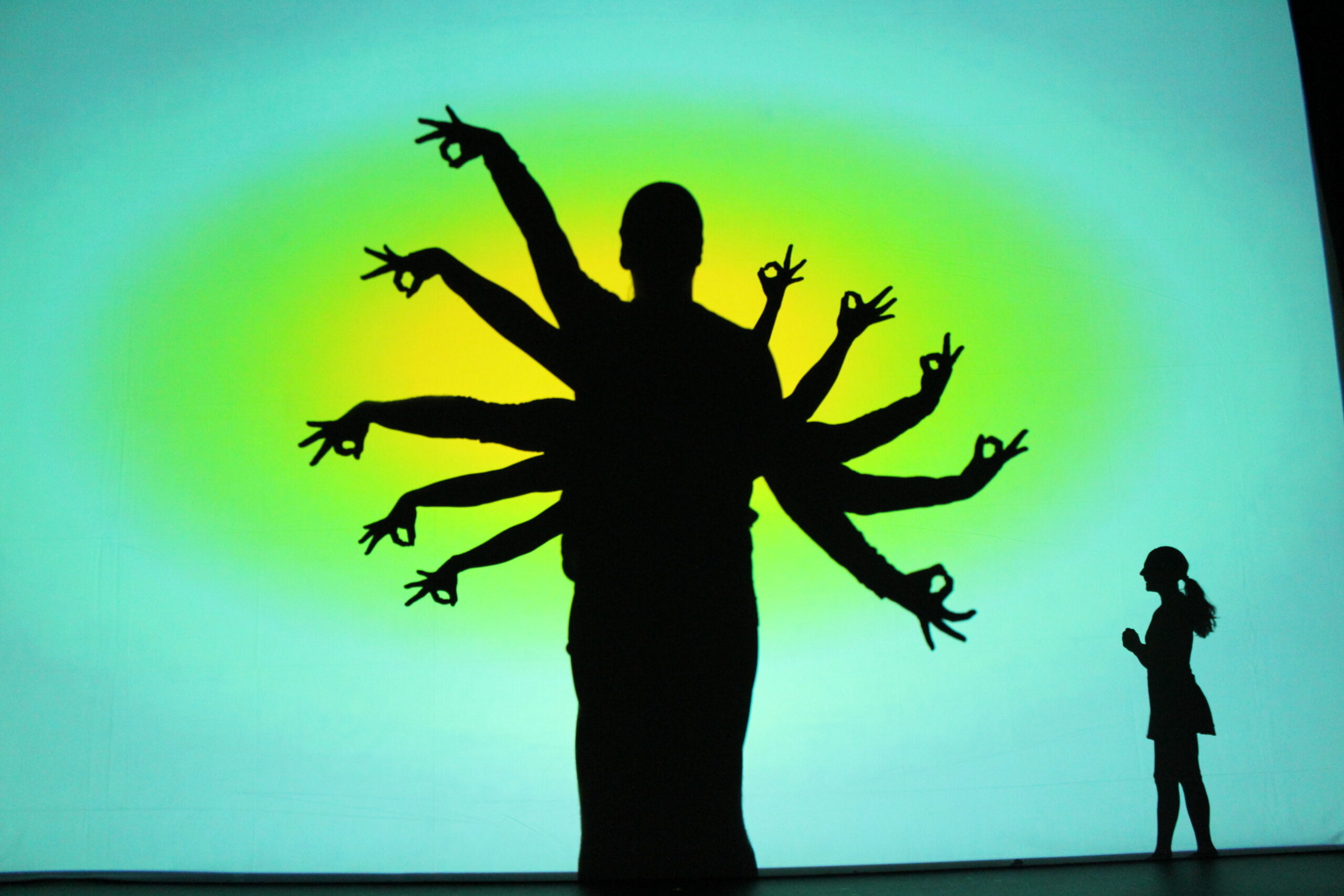 Founded in 2008 by dancer-choreographer Adam Battelstein—the choreographer, creative director, and master teaching artist for the Pilobolus for 19 years—Catapult transcends the traditional dance performance with its unique combination of dance, storytelling, and sculpture. By showcasing the human body and its ability to transform, Catapult dancers work behind a screen to create seemingly impossible dancing shadow silhouettes of shapes from the world around us. With the arc of an arm, the point of a toe, or the twist of a torso, Catapult’s dancers stretch their bodies and audience’s imaginations, telling stories with humor and pathos by transforming magically from one shape to another. Their performances seamlessly meld cutting edge technology with classic dance technique.

First catapulting to fame as finalists on Season 8 of America’s Got Talent, Catapult has since received international acclaim for their live shadow dance performances. They have thrilled audiences in over 100 cities throughout the world in locations such as North America, Europe, the Middle East and China. They have appeared on a variety of television shows, such as Good Morning America, the Today Show, TBS’ Conan, the Oprah Winfrey Show, and the 2007 Academy Awards.

The Lisa Smith Wengler Center for the Arts at Pepperdine University provides high-quality activities for over 50,000 people from over 800 zip codes annually through performances, rehearsals, museum exhibitions, and master classes. Located on Pepperdine’s breathtaking Malibu campus overlooking the Pacific, the center serves as a hub for the arts, uniquely linking professional guest artists with Pepperdine students as well as patrons from surrounding Southern California communities. Facilities include the 450-seat Smothers Theatre, the 118-seat Raitt Recital Hall, the “black box” Helen E. Lindhurst Theatre, and the Frederick R. Weisman Museum of Art.