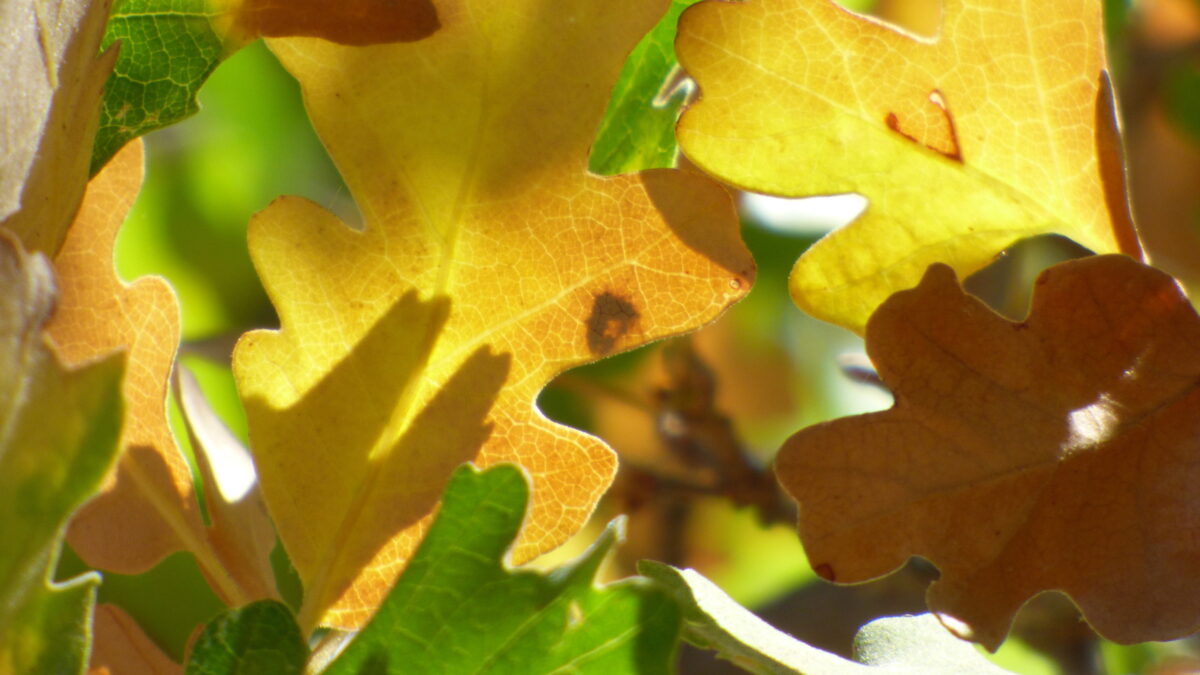 The deciduous Valley oak brings a welcome touch of autumn gold to the inland side of the Santa Monica Mountains. Fall color usually doesn’t manifest itself until midwinter in our local mountains, but leaves are already changing, if you know where to look! Learn more in our Discover section, page 6. All photos by Suzanne Guldimann
Discover

Autumn in the Santa Monica Mountains Is Subtle but Beautiful

It may still feel like summer, but autumn officially arrived on September 22, at 6:30 a.m. The fall equinox marks the moment when the Sun crosses the celestial equator, the imaginary north-south line that divides the Earth into two hemispheres.

Equinox, meaning “equal nights,” occurs twice a year, in spring and fall, when day and night are of approximately equal length.

From now until the Winter solstice on December 21, the sun will rise and set increasingly farther south each day, bringing shorter days, but also the potential for increasingly spectacular fall and winter sunsets, and the clearest dark skies for sky watching.

This is also the season of fall color, even in the Santa Monica Mountains, where winters are mild. This area usually reaches its peak autumn colors in December, but fall color is beginning to appear in gardens and throughout the mountains.

It may seem counterintuitive, but the earliest color is often at the bottom of the canyons, not the mountain tops. Plants that grow in the riparian zone deep in sheltered canyons are also more likely to be deciduous than the tough evergreens of the chaparral. Cold air drainage contributes to the earlier fall color in these areas. Cool air is heavier than warm air, and when conditions are right and there isn’t any wind, it sinks, draining down gullies and canyons like water. This is a place to look for the living gold of willows, cottonwoods, and sycamores, and the vivid reds of poison oak and its close relative Rhus trilobata, or skunkbush.

The bright red flowers of California fuchsia and the fluffy white seeds of coyote brush add a different note to fall in the chaparral, together with the red berries of the toyon, and the small pumpkin-like fruit of the coyote gourd—scattered like a handful of oranges by the side of the road.

Fall color in the local mountains is temperamental. Some years are too warm, or the Santa Ana winds strip the leaves before the show gets under way, but in a good year the color lingers into midwinter, and there is always some glint of autumn red and gold even in the driest, hottest year. Who says we don’t have seasons?

Meet Me on the Mountain--Sophie Zeiler