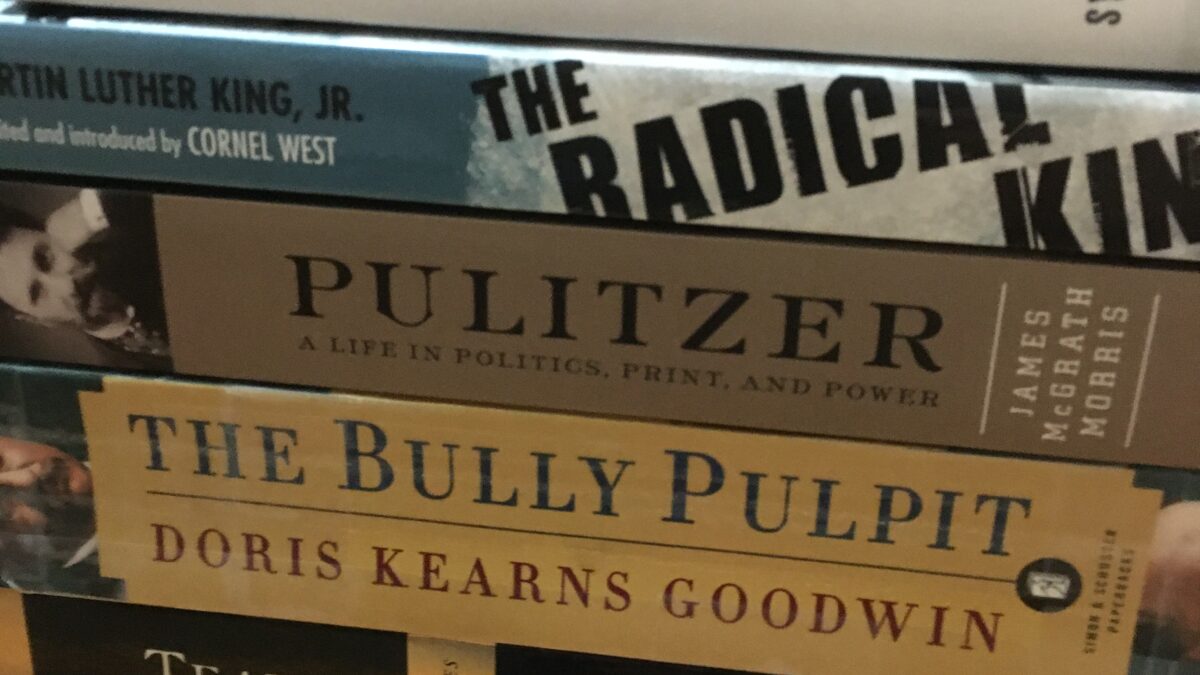 The history of the United States* has been a shared experience. Whether your family recently stole its way across the Southern border or has been here long before Columbus; whether your roots in this country were planted at Ellis Island or only reached American soil yesterday; whether your ancestors tended toward the overseer or the enslaved; whether you and yours have experienced the full bounty of America’s gifts or have been subjected to its harshest hypocrisies—we are all part of the story.

And, while many lay claim to the lion’s share of this history, any reasonable assessment of our founding ideals of liberty and equality has our nation’s history belonging to all of us in equal measure. Indeed, despite the many wounds that have been inflicted or suffered along the way, I am convinced that a fuller understanding of the birth and evolution of these ideals—including their unequal distribution among the people—has the potential to heal.

So, in the spirit of 2021—whose most endearing feature might be that ever-so-slight click from zero to one—I offer these book suggestions as a means of embracing that shared history together.

1776 by David McCullough explores the earliest struggles of the American Revolution. And, while we all know how it turned out, victory did not arrive until 1781. When independence was declared, the outcome was anything but certain—which is exactly what makes this such a compelling American story; one which forges a national identity empowered by the ability to overcome adversity. As General George Washington held together a rag-tag group of soldiers tasked with taking on the British Empire, his early defeats and blunders were tempered with just enough good fortune to fight another day.

The idea of moving west is an American vision of opportunity and prosperity beginning with Lewis and Clark.

Undaunted Courage by Stephen Ambrose follows Thomas Jefferson’s election to the presidency in 1800 and his desire to explore the vast and unknown regions of the continent. He personally prepares Meriwether Lewis to lead the aptly-named Corps of Discovery on an expedition of science and diplomacy. Hinting at a notion that would eventually be labeled Manifest Destiny, Lewis and Clark receive word that the United States had doubled in geographic size through the Louisiana Purchase—at the very moment they are stepping into terra incognita. Along the way, interactions with indigenous Americans reveal curious and often contradictory attitudes toward race that raise questions about our understanding of America’s original sin.**

Jacksonland by NPR journalist Steve Inskeep is set in the 1830s as an expanding United States led by President Andrew Jackson clears the land of its native inhabitants. The tragedy of the Indian Removal Act is compounded by the fact that many of those force-marched on the Trail of Tears had fully adopted aspects of white American culture including a written language and the creation of a Constitution modeled after that of the US. This is one of those stories that has many wondering today why we continue to honor Jackson on our currency.

Team of Rivals by Doris Kearns Goodwin—one of the country’s favorite historians—is simply one of the best avenues to understanding the American Civil War of the 1860s. While the war often serves as the backdrop to this largely political story, the carnage is palpable, not so much as might be found in the descriptions of battle, but in the visceral agony of the man whose decisions steer the tragic destiny of hundreds of thousands of American soldiers.

Nothing Like It in the World by Stephen Ambrose chronicles the building of the first trans-continental railroad; a feat made all-the-more remarkable because it is accomplished as the nation is reeling from civil war. As in all American stories, racial and ethnic identities are woven into its fabric; in this case, Native Americans whose land is being swallowed up and Chinese migrants whose labor is essential to the outcome.**

Slavery by Another Name by Douglas A. Blackmon takes a large step towards making sense of modern racial inequalities. From the late 1800s until World War II, African Americans were relegated to the lowest level of America’s caste system; through terror and under the law.

The Chinese in America by Iris Chang is a narrative history that, by all accounts, lives up to the grand sweep of its title. And, as history should do, Chang’s stories inform modern debates about the relative predicaments of minority groups in the United States.***

As we find ourselves at an inflection point in the evolution of newspapers, it seems prudent to understand how they came to be what they are… or once were. Pulitzer by James McGrath Morris is a biography of newspaper mogul Joseph Pulitzer who, from 1883 until his death in 1911, oversaw what became the largest newspaper in the United States. The New York World ushered in much of the standard fare of newspapers of the twentieth century; investigative journalism, political cartoons, tabloid-style sensationalism, and an emphasis on the media as the people’s weapon against injustice.

A free press in its purest sense holds those entrusted with the public trust accountable for their actions. As we have seen recently, the press can also be wielded as a weapon to secure and maintain power. Perhaps the first to understand this relationship between the media and influence was President Theodore Roosevelt. While he is not seen as having abused his authority in this regard, he most certainly managed the press in a way that served his larger purposes. The Bully Pulpit by Doris Kearns Goodwin explores this phenomenon while illuminating the turn of the twentieth century with a twin-biography of Roosevelt and William Howard Taft. Their early lives span the United States in the wake of a crippling Civil War to the nation’s emergence as a World Power in 1898. Their presidencies (1901-1913) facilitated the Progressive Era supported by a critical third tier of Goodwin’s masterpiece, The Golden Age of Journalism, when newspapers and magazines became tools for social and political reform.

The first half of the twentieth century remains the bloodiest in human history. The best we can do to understand is one bite at a time.

The Guns of August by Barbara Tuchman captures the spirit of World War I as a testament to human folly. Nonetheless, her popular history of the first month of that war serves as a defining moment of the twentieth century. As to the United States, whose entry into the war would come more than two years later, August 1914 kicks off over three decades of global strife where the US, as a world power—despite recent claims to the contrary—was politically, economically, and morally compelled to intervene.***

I have never been a big fan of military history but The Battle of Midway by Craig L. Symonds was required reading in my graduate program. I was pleasantly surprised by the experience which is something I hope to accomplish with this list.

Symonds depicts another one of those pivotal moments in American history that is somehow overlooked because we know how World War II turned out. Set in early 1942 only months after the attack on Pearl Harbor, Symonds dives deep into the massive naval battle that checked Japanese expansion. Despite their defeat at Midway, the Empire of Japan still controlled a vast swath of the Pacific and the Asian mainland. At that very moment the Swastika was flying throughout much of Europe and North Africa, making the American victory at Midway a critical development in the history of the entire world.

World War II rattled the entire planet but it also unleashed the modern struggle for civil rights. In the United States, this effort is personified by Martin Luther King, Jr. and his commitment to non-violence. However, historians have begun to question whether our historical memory of King—and the entire movement, for that matter—may need to be reconsidered. Ironically, sometimes the writing of a more objective history comes about only after dramatic moments have aged a bit; 50-60 years or so, in this case.

Care should be taken, however, as the passage of time also leaves room for manipulation. I’ll make my point with a character that, until recently, was seen as a marginal figure with some pretty intense ideas about how to enlighten white America. Radio Free Dixie by Timothy B. Tyson portrays the post-WWII emergence of Robert F. Williams, now seen as an early founder of the Black Power movement of the 1960s. Once cast as “radical” —Williams’ thinking is partially revealed by the title of his own 1962 book, Negroes with Guns—Tyson’s take on Williams introduces this little-known figure into the pantheon of better-known “radical” characters such as Malcolm X and Stokely Carmichael. And, by examining Williams’ grievances in light of today’s racial climate, one begins to wonder exactly how and why these prominent figures were branded “radical,” and further, how the use of that term is deployed today to diminish the righteousness of one’s adversaries.

As a companion to the notion of “radical,” The Radical King is a collection of speeches and writings by Martin Luther King, Jr. that defy our historical memory of the avatar of peaceful protest. Taken together, Radio Free Dixie and The Radical King offer fresh takes on a period of history we all thought we understood.

In a final shout-out to the diversity of the civil rights era, The Crusades of Caesar Chavez by Miriam Pawel is a recent (2014) biography of one of the most important figures in the complex Latino history of the United States. Chavez’ activism, largely on behalf of farm workers, rolls into the 1970s and, at some point, seems to mark the end of the civil rights era.***

However, we all know that many of the injustices that gave rise to the Civil Rights Movement are still with us. Just look out the window. So, as we deal with today’s divisions that are being manifested in our streets once again, I encourage you to begin viewing them through the long lens of our shared past. Enjoy and please let me know if any or all of these books resonate with you.

*I have always distinguished United States History from American History. While American History can be seen as a history of the land whose human moments date back tens of thousands of years, I see US History as the story of the nation whose origins reside in colonial rebellion and independence.

**It should be noted that, as a popular and non-academic historian, Ambrose’s attention to scholarly detail has been questioned; especially as pertains to his account of the building of the trans-continental railroad, Nothing Like It In the World. However, the debate surrounding his work has become an interesting illustration of the nature and nuance of history writing today. See The Sins of Stephen E. Ambrose from The Central Pacific Railroad Photographic History Museum at http://cprr.org/Museum/Books/Comments-Ambrose.html.

***I have studied these books with three exceptions. Regarding two of them, I confess to a bit of political correctness by feeling the need to include groups whose American stories have been distorted or simply not told. As to the third, Tuchman’s Guns of August, it now occurs to me, World War I may have been neglected in much the same way. Heeding my own advice, they are all, as of this writing, in the mail.

15 Tactics on How to Be More Confident

A Latvian Tale of Blood & Treasure

What’s Happening on the Mountain?

An Author’s Guide to Self Publishing

Window Shopping! Click through to see our local shop offerings for the holidays and beyond 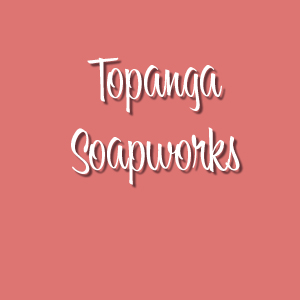