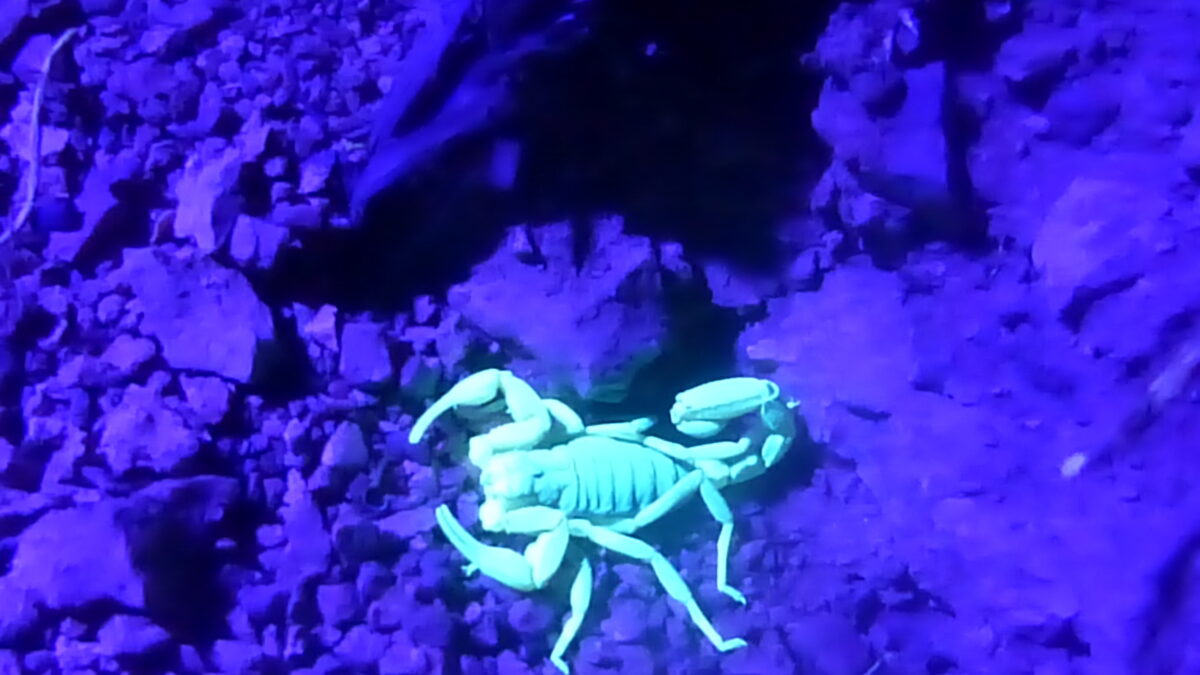 Although many residents have never seen one, scorpions are common in the Santa Monica Mountains and there are several native species in the Los Angeles area.

While they look like their larger tropical relatives, none of the local scorpions exceed two inches in length. This animal is a fierce nocturnal predator, able to subdue insects nearly its own size, but the local species are not aggressive towards humans, preferring to avoid confrontation.

The common California scorpion, Paruoctonus sylvestrii, is so mild mannered it has become a popular species in the pet trade. It does have a painful sting, which it will use in self defense—victims compare it to a wasp sting—but it only poses a health hazard to individuals with severe allergy to the venom.

“Though not aggressive, the scorpion’s close association with humans makes envenomation relatively common,” the Center for Disease Control website states. “The sting can be extremely painful. For some, the worst passes in 15–20 minutes, but [it is] not uncommon to remain very painful with numbing sensation for 2–3 days.”

Even with the most dangerous North American scorpion—the Arizona bark scorpion,  which has begun to move into California, fatalities are rare, and are due to anaphylactic shock rather than to the actual venom, according to the CDC.

A study of “Animal-Related Fatalities in the United States”  during the period of 1991-2001 by Ricky L. Langley, lists just five scorpion-related fatalities, compared to 57 snakebite fatalities and 533 deaths related to hornet, bee, and wasp stings.

Seen or not, scorpions are everywhere in the Santa Monica Mountains. Individuals with a history of severe allergic reactions to bites or stings should consider carrying an epinephrine auto injector (EpiPen) and should wear a medical identification bracelet or necklace stating their allergy.

According to the CDC, residents in scorpion country can take the following steps to prevent scorpion stings: wear long sleeves, pants and leather gloves while working outside, and shake out clothing or shoes before putting them on.

It’s also a good idea to take a careful look before sitting down on patio furniture or a convenient log or stone.  Scorpions are extremely good at blending into their surroundings and avoiding attention. That’s an excellent survival strategy to avoid being eaten by predators but not very effective to avoid being sat on by humans.

Scorpions must be doing something right. This is an ancient family of animals that existed before the dinosaurs and has survived numerous extinction events. The oldest-known scorpion species lived 437 million years ago, and may have been one of the first species with the ability to breathe on land.

The best way to spot these elusive arthropods is with an ultraviolet light. The drab brown scorpion fluoresces under UV light, turning a vivid turquoise.

Scorpions are beneficial as well as fascinating. Etymologists point out that these arthropods eat many times their own weight in insects. Residents who encounter them in their home or garden are encouraged to try coexistence instead of extermination.

What Was That? Digital Field Guides Can Help Find the Answer

Two Local Educators on the Digitization of Learning Environments