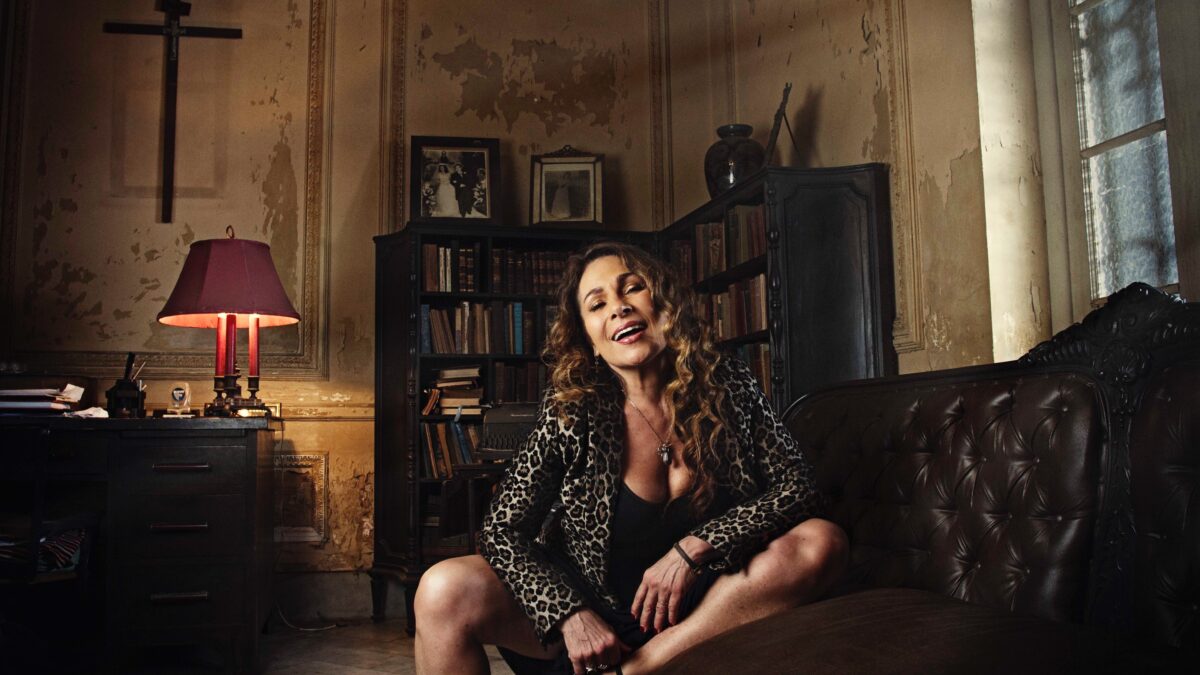 Meet Me on the Mountain: Cecilia Noël

Cecilia Noël is one of our canyon’s great storytellers. When performing on a stage her presence is vibrant and confident. When sharing a tale in the living room of her home, surrounded by her kin, she is pure warmth, punctuated with quick wit. When my husband and I first moved to Topanga, we were invited by Cecilia to her home for “a little music”. The only thing I knew about Cecilia was that she was a singer, and that she seemed like the kind of woman I would like to stay up late with, drinking wine, while she recants her travels around the world.

When we arrived there were a little over a dozen musicians in the living room playing jazz, salsa and afro-cuban songs and ‘just one glass’, became three. The next thing I knew I was sitting on a spare cajon until the early hours of the morning. I never wanted the night to end. The same goes for the best of tales.

Music marries the ritual of oral tradition with the beat of percussion, bass and dance. I later learned that it was none other than Stan Getz who “discovered” Cecilia and encouraged her to move to the United States. When she landed in New York City, she performed at near mythical venues like the Rainbow Room. In 1989, moved to Los Angeles, where she continues to share her music and her stories.

Tell me a little bit about where you are from and the path that led you to become an artist?

I was born in the barrio of Miraflores, Lima, Perú, and shortly after, we moved into the house where the ghost of my mother’s second husband lived.

I started writing short stories at 5 years old, and was published at 7 in the magazine Cultura y Pueblo. I was around the theatre then, because one of my older sisters was a ballerina, and my mother, Menina Pereira, was a founder and costume designer for the company of the University’s Ballet de San Marcos.

When I was 8, my father, Teodoro Noël, took my sister Desirée and I to the movies to watch Pennies from Heaven and I left convinced that I would become a performer.

So, right then, I submitted my resignation as a writer and auditioned for a singing spot in El Tio Johnny a Go-Go, a popular Children’s TV Show. Soon after, my sister joined me, and we were the closing act every Friday evening.

To me, you exude this sensuality and power that I am always in awe of. Where do you draw your strength from, not only as a woman but as an artist in an industry with mostly men in seats of power?

I was electrocuted a couple of times at home, because we never had the money to repair the old “Frigidaire”…so, I always had extra energy in me and an enormous passion for everything. I knew I was getting into a business mostly dominated by men, but, I ended up frightening them, more than anything, then leading my own band and writing my own music.

What was one of the most memorable shows you were a part of as an emerging artist?

One early memory is when I sang at the US Embassy in the north of Perú. They were less than prepared, instead of being handed a microphone, I was handed a Megaphone. Needless to say, I happily sang through it the whole show.

One of my first experiences in LA was playing the Woodstock Festival 20 Years After, singing backup vocals for Iron Butterfly. They fired me after that show, because the photographer of People Magazine thought I was the star.

Who were some of your mentors as an artist? Would you say mentors are integral to a musicians path?

Definitely. My mother was my main mentor. She prepared me for an “Artful Life”. Don Carlo Berscia, the Italian director of the 22 piece orchestra, I was part of as an adolescent in Lima, taught me how to conduct the band from a music score. Eric Jorgensen, my trombone player and fabulous musical arranger, is now also my music teacher, so have been my band members, The Wild Clams, each one a musical gem. My Cuban Papá Carlos Alfonso, an extraordinary musician, with whom I produced “Havana Rocks”, and together we won the Cuba Disco 2015 for Best International Album. My vocal coach, Irene García Guevara, that helped me recover my voice after my Lupus saga. The extraordinary Colin Hay, (the man I sleep with), is a joy and an everyday influence in my musical life, a big source of inspiration.

What advice would you give to songwriters and musicians today creating during this pandemic?

Now is the time to focus and get yourself in shape, mentally and physically.  If you are not into technology, find someone safe to collaborate with. Phones are also a great way to make videos and get your music out there. Read good books. Educate yourself.