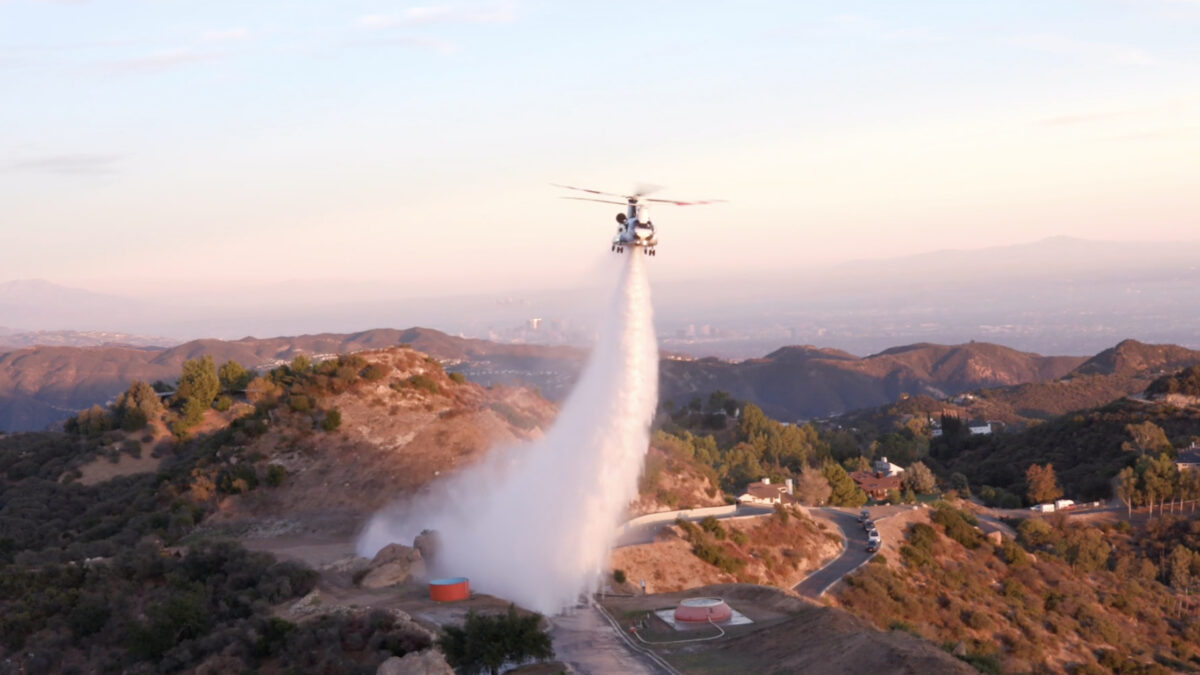 Los Angeles, Orange, and Ventura Counties have each secured the use of a Chinook Helicopter for the coming fire season, beginning June 15. The Chinook 47 is currently the world’s largest fire fighting helicopter. Built by Boeing, this aircraft is a twin-engined, tandem rotor, heavy-lift behemoth that can carry 33 people and lift a payload of up to 16,000 pounds. Chinooks equipped for fire fighting can carry up to 3,000 gallons of water.

Last November, a Chinook was tested at 69 Bravo, the fully automated helistop above Topanga that enables air crews to refill their helicopters without having to land. The massive aircraft was easily able to refill using the facility’s system of “pumpkins”—above surface water tanks. The tanks are refilled automatically from a gravity-fed 50,000 gallon water tank, allowing continual use without having to have crew on the ground.

As a result of the successful Chinook test run, and in anticipation of a potentially explosive fire season, all four pumpkins at 69 Bravo are being upgraded from 6,000-gallon rubber/vinyl tanks to 8,000-gallon metal tanks to better accommodate the Chinooks as well the existing fleet of smaller fire fighting helicopters.  All three new Chinook fire fighting helicopters will be based within 14 minutes flight time to 69 Bravo. Learn more at http://www.69bravo.com For more on the history of 69 Bravo read this article by Suzanne Guldimann https://topanganewtimes.com/2020/10/23/69-bravo-upgrades/

The Train to Nowhere: Travels on the Hueneme, Malibu & Port Los Angeles Railroad