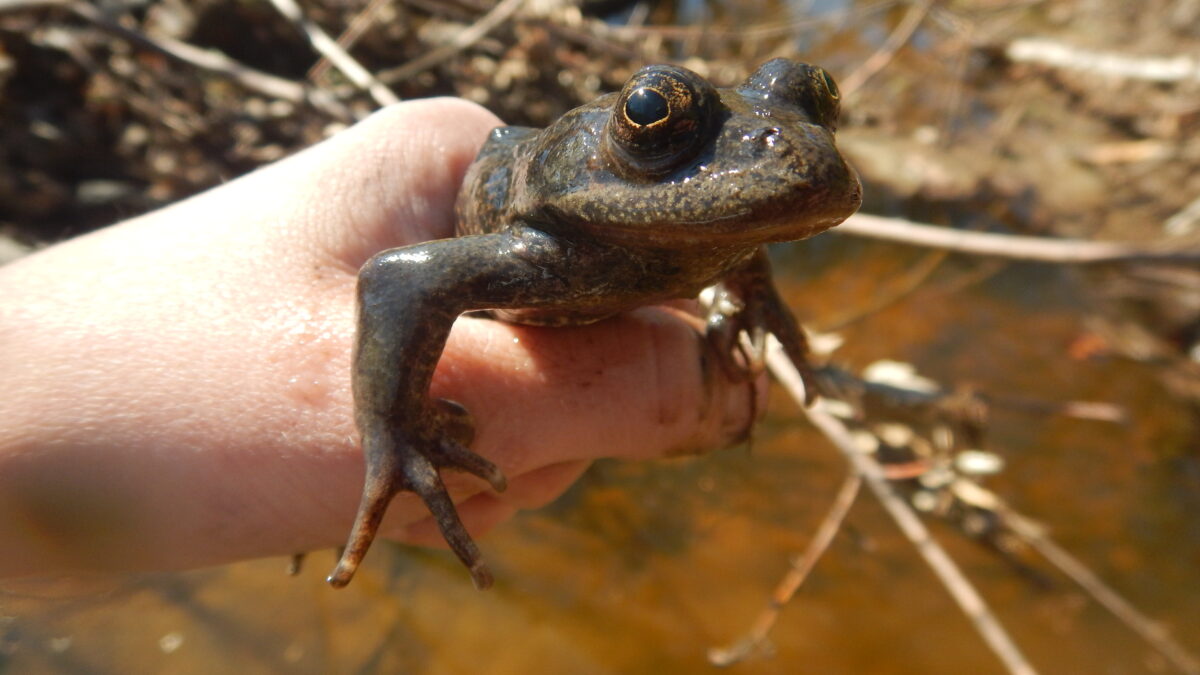 The red-legged frog is the prince (or princess) of native amphibians, many times bigger than any of our other frog and toad species in the Santa Monica Mountains. It’s also a survivor. Extirpated in the 1970s, the recently reintroduced frogs were heavily impacted by the Woolsey Fire and flooding and debris flows that followed the 2018 disaster, but they have persevered and even managed to breed this spring, despite the ongoing drought. Photo courtesy of National Park Service
NewsBeat

National Park Service biologists have discovered California red-legged frogs (Rana draytonii), a threatened species, independently breeding at two sites that were severely impacted by the Woolsey Fire. These sites have not had wild breeding for perhaps as long as half a century.

During recent stream surveys, researchers spotted three egg masses at one site in Los Angeles County. At a different Ventura County site, biologists found one female and one male frog and then, a week later, a single egg mass—proof that the frogs were successfully breeding on their own. All egg masses have since successfully hatched.

“It was a welcome surprise,” said Katy Delaney, an ecologist at Santa Monica Mountains National Recreation Area who has been leading the project for the last decade.

In 2014, NPS biologists set up two stream sites to reintroduce the species back into the Santa Monica Mountains. Two years later, egg masses were reintroduced into two additional stream sites. These are the two sites that are currently experiencing new activity.

A population discovered in the nearby Simi Hills has been used to replenish these four locations in the mountains. Translocated eggs were reared into tadpoles and released in the four streams. The idea was that translocated individuals would eventually mature, mate, and reproduce on their own.

Prior to the Woolsey Fire in November 2018, the frogs had adapted to life in each of the four streams, and the adults in the first two reintroduction sites had already begun breeding independently.

The wildfire was closely followed by catastrophic mudslides that wiped out much of the frogs’ habitat. The frogs require deep pools of year-round water and foliage. Many streams were filled in with silt, mud, and debris. The back-to-back disasters left Delaney with doubts about the frogs’ future, and the future of her project. However, the frogs proved more resilient than she initially thought.

“Here we are two years later, and the streams have recovered enough to create pools that the frogs must have liked,” Delaney said. “This is one more step towards our goal of self-sustaining populations of these frogs in our region,” said Delaney.

The last known record of California red-legged frogs in the Santa Monica Mountains was in the 1970s. As a result, they are listed as federally threatened under the Endangered Species Act and are a state Species of Special Concern.

The Beach Bus is Back!

Tanya Starcevich at Home in Topanga