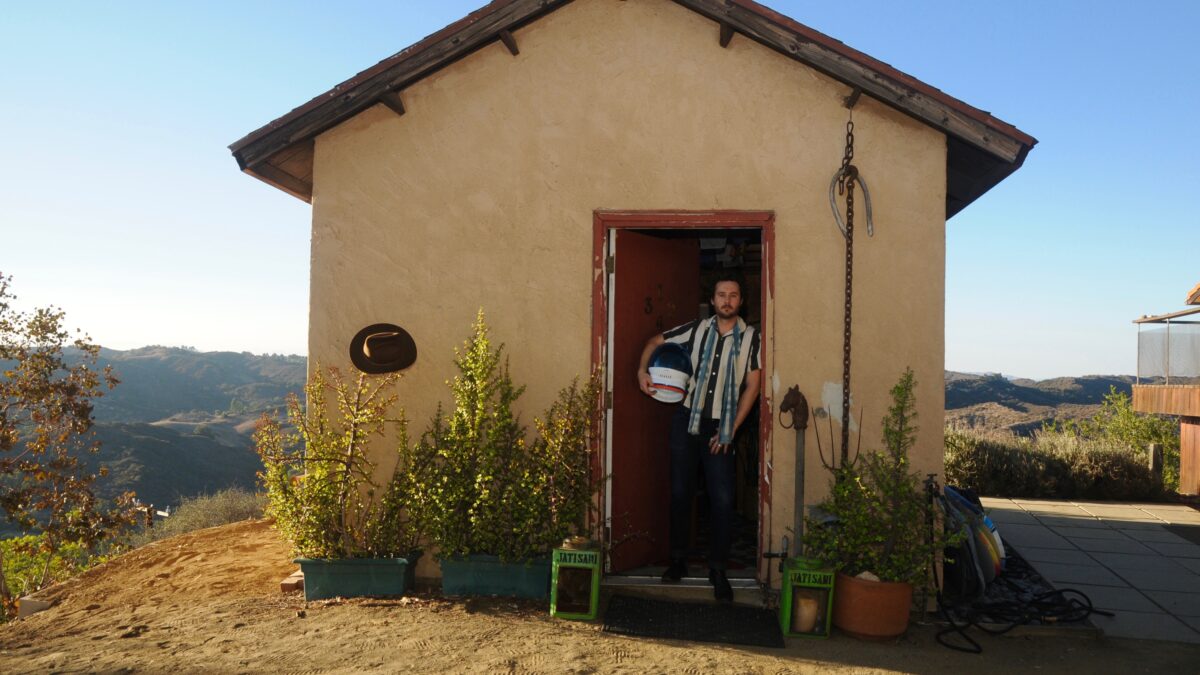 Zeke Reed grew up in Topanga and found his spiritual and creative grounding in the canyon at a young age. Weekends and afternoons were spent wandering the hillsides, exploring creek beds and helping Rosi Dagit with stream cleanups. Zeke started playing cello at Topanga Elementary in the second grade with Kathy Shaw. Now 26, he is committed to sharing the canyon’s magic with Los Angeles’ independent music community through his artist interview series, Topanga Sessions, and his mountain-top recording studio, “The Shed.”.

After studying neuroscience and political philosophy in college, Zeke returned home to pursue his passion for public affairs, journalism and music. A nine-month Coro fellowship placed him everywhere from the City Attorney’s office to the Writer’s Guild, before he accepted a position at USC’s Annenberg School of Journalism under Dean Emeritus Geoffrey Cowan. As a musician, Zeke produces for other artists, composes dance tracks, plays in an indie rock band, and teaches music to kids at a South LA nonprofit.

“Topanga Sessions started with the desire to bring fresh, emergent musicians from diverse backgrounds to the canyon,” Zeke says. “I want Topanga to feel even more welcoming to people who otherwise might never drive the S-curves.”

To make this vision a reality, he teamed up with his friend, and Topanga Sessions host, Nick Stubs. Together, they started to record intimate interviews and stripped down performances of young LA artists in Sylvia Park.

When the pandemic hit, Topanga Sessions had to adjust. Unable to continue hosting people at home, Topanga Sessions moved online via Instagram Live. Instead of limiting the interviews to several minutes, Zeke and Nick started giving artists the space to speak their full truth and be vulnerable about their pain. This new strategy gave way to some raw and redemptive moments, like when one artist opened up for the first time about having tourettes, another about having been homeless, and a third about confronting her abusive father.

“These conversations are enriched by the diversity of artists Topanga Sessions highlights and its emphasis on supporting artists of color,” Zeke explains. “The platform aims to capture what makes the canyon great, while also challenging its homogeneity.”

Topanga Sessions has now returned to in-person, with expanded shoot locations in a Mid-City garden and on a sailboat in Marina del Rey.

“These location changes, born of necessity, help to spread the Topanga ethos beyond the canyon walls,” Zeke says. “Though the platform will now resume filming in Topanga, it has already begun to accomplish its raison d’etre: bringing the Topangan spirit of kindness, empathy, and creativity to the rest of Los Angeles.”

With the budding success of Topanga Sessions, Zeke wanted to take things one step further. With some help from his dad, he recently converted an old tool shed on his family’s property into a fully functional music studio. With its exposed wooden walls, vintage saddle racks and mood lighting, the studio creates a space for more than just writing or recording. “The Shed” serves as the focal point of a broader creative experience.

As part of his musical process, Zeke incorporates intention-setting nature hikes, mindfulness and gratitude practices, vulnerable conversations, cooking, surfing and local lore. His philosophy is that creativity and artistic expression start with the proper mindset and authentic human connections. While there are many state-of-the-art recording studios in Los Angeles, “The Shed” is designed to provide a transformative artistic process mere steps from Topanga State Park.

As an independent artist, Zeke produces and performs his own music under the name Friends of. His most recent single is an upbeat indie-dance ode to Catalina Island entitled “Isthmus.” He says it sounds like what would happen “if Mac DeMarco and Jimmy Buffett teamed up over a few Mai Tais.”

His previous single “Ground Control” is a psychedelic space disco track that imagines the final transmission of an interstellar revolutionary. The “Ground Control” music video was shot in Topanga, as the song’s hero wanders its mountains, creeks, and beaches, while his mothership (a converted Thomas school bus dressed up to look like a rocket) desperately tries to rescue him. In another layer of Topanga connection, the video was directed by Jordan Kessler, who is currently assistant directing A Midsummer Night’s Dream and performing in The Last, Best Small Town at the Theatricum Botanicum.

Zeke says he remains committed to building a more inclusive musical community. At the South LA nonprofit, A Place Called Home, he helps young Angelenos of color, many of them first-generation Americans, learn bass, cello, music theory, and production. As “The Shed” studio develops, he wants to ensure that it remains accessible to talented musicians from all backgrounds.

“One step at a time, I hope to cultivate an inspirational space for artists from all over and make some beautiful music in the process,” he says.

If you are interested in being part of this journey by listening to Friends of, watching the “Ground Control” video, participating in Topanga Sessions and/or working on music and more at the “The Shed” studio, check Zeke out at: https://solo.to/friendsof or email him at offriendsmusic@gmail.com