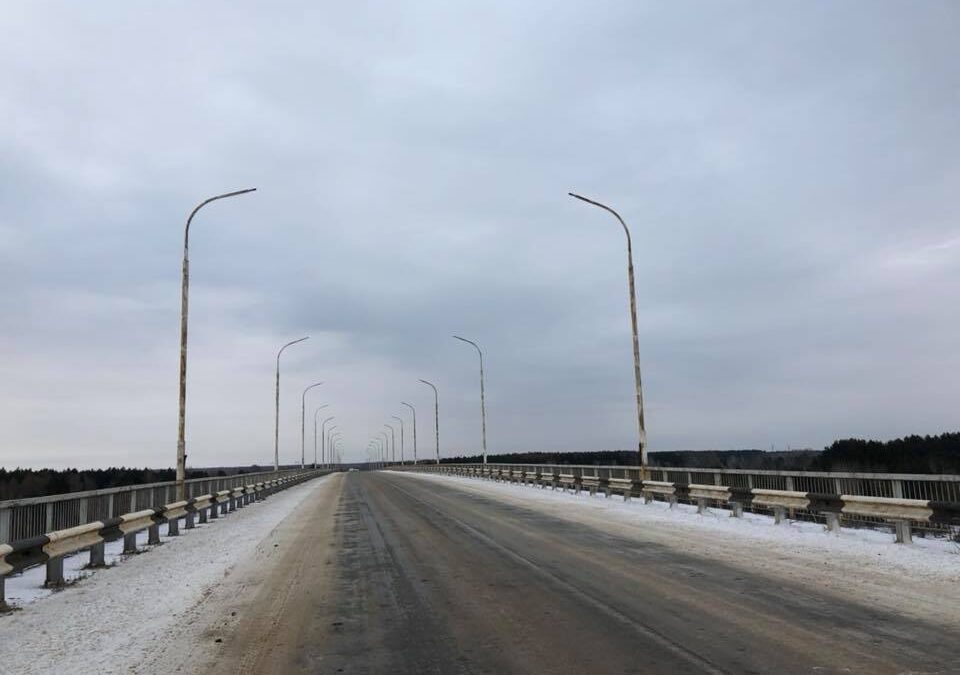 Chernobyl Bridge Toward Belarus. This bridge is over the Pripyat River toward the border with Belarus within the Chernobyl Exclusion Zone. This is where Russian tanks recently crossed at the start of the Ukraine invasion. Photo by Jason Brooks taken during his trip to Chernobyl in Februay 2018
Storyland

On March 28th, 1979, one of the two nuclear reactors in south central Pennsylvania’s Three Mile Island power plant suffered a partial meltdown, emitting low levels of radiation throughout the area, delivering the country its worst nuclear disaster and causing officials to urge the evacuation of all pregnant women within a 20-mile radius.

Jason Brooks’ mom was one of those women, just over halfway through her pregnancy.

We continue with Jason’s “atomic” story.

My fourth decade of life—the Obama years—saw my wife and me moving to Topanga, the idyllic community away from the big city that we had enjoyed hiking and trail running in for years. It was also a decade of my professional flourishing as a market research analyst, which afforded me more opportunities for travel and adventure. Now I must tell you, I’m not so one-dimensional that my entire life has been about atomic tourism—I have had many amazing and atomically-unrelated adventures—but one of the more profound adventures of this story was yet another atomic pilgrimage I took, this time to Chernobyl in 2018.

Chernobyl, that odd combination of letters that conveyed a place in the far away “othered” land of the Soviet Union (now northern Ukraine) lodged in my brain ever since I saw the first helicopter-shot grainy images on TV of a blown out factory-type building (lacking the hour-glass cooling towers of US nuclear plant-design that I was accustomed to). I was a 7-year-old already becoming obsessed with the nuclear disaster from my own backyard, now bearing witness to a new disaster in what might have well been Mars. Well I may never get to Mars (also a goal), but when Ukraine finally opened up the Chernobyl region to guided tours, I jumped at the chance, tacking it on to the end of a work trip I had in Europe.

It was a cold February in Kiev where I and about six other atomic curiosos from different countries squeezed into a van with a driver and a tour guide and journeyed several hours north into the Exclusion Zone: the approximately 1,000-square-mile area surrounding Chernobyl where radiation levels remain elevated, where workers who continue maintaining the remains of the power plant spend only brief periods of time to limit their radiation exposure, and where multiple villages and one city, Pripyat, remain as rotting time capsules from the 1986 Soviet Union.

Wearing my yellow radiation dosimeter and standing briefly in the snow in front of the entombed remains of the Chernobyl plant that I had once seen on TV as a child was a peak experience to be sure, but so much more could be said about the strange, unique land of this Exclusion Zone: Residential homes with trees growing through them, newspapers from April 1986 scattered along with children’s toys and kitchenware on the floor. A “cultural center” where mandatory communist propaganda films were screened, its floorboards sagging and plants springing up from the foundation. A grocery store, an athletic complex, a towering apartment building, a high school, a synagogue (one of the oldest of the Hasidic dynasty), a Ferris wheel from a spring faire that never came to be—all frozen in time from the three days that this area was completely evacuated, while the world anxiously waited with baited breath on whether half of Europe would be rendered uninhabitable from a catastrophic nuclear reactor meltdown.

Putting aside even the atomic element, these places posed a unique case study in the “revenge” of nature: what nearly four decades of unabated natural processes—woodland nature, humid Ukrainian summers and harshly cold Ukrainian winters—will do to the abandoned remains of human civilization. The forest springs faster than one would think. City streets pulverized by groves of trees. Reports of bear and moose sightings inside the remains of shops. Oddest of all: the Exclusion Zone is not completely devoid of human residents. A small group of rogue “Samosely”—Ukrainian for “self-settlers”—have been defying government restrictions and living off the land in these forests, drinking from the streams, growing their own vegetables, milking their cows, eating their livestock and hunting for game. One might imagine these people to be three-eyed mutants with decrepit figures; however, these mostly elderly people have seemingly lived in tranquility for decades. Perhaps it is a kind of survival bias (meaning those that happened to have the genetic luck to withstand such an irradiated environment are the ones still around for us to see…we don’t hear from the departed) and perhaps thyroid cancer may be more in their fate as they grow older, but we were also told of reports of LOWER incidence of common diseases compared to their counterparts in the capital Kiev. After all, despite the atomic stuff, they otherwise enjoy a land absent decades of human industrial activity—water, air, plants, milk and meat devoid of the “conventional” pollutants that so many of us have become accustomed to in our cosmopolitan lives. I’m not sure how much I believe it, but it would seem from the perspective of these self-settlers that they are living betwixt the extremes of humanity: the Garden of Eden and Nuclear Armageddon.

A year after my peak experience at Chernobyl, HBO would air a widely watched and widely acclaimed miniseries about the disaster, putting this strange fascinating moment in human history at the top of many people’s minds. It was like being a fan of an obscure band that suddenly became popular with a hit on the radio and MTV. People became much more interested in my experience in the Exclusion Zone. I felt strangely cool for this “atomic life” of mine. 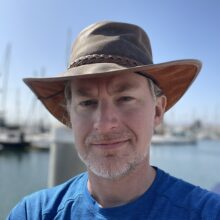 Jason was born and raised in Lancaster County, Pennsylvania (home of the Amish, though he is not Amish). He got his undergraduate degree in psychology and philosophy at Temple University in Philadelphia, where he also met his future wife. They have spent the past 20 years residing in Los Angeles and in their beloved Topanga Canyon since 2011. They are avid outdoor enthusiasts and have two cats.