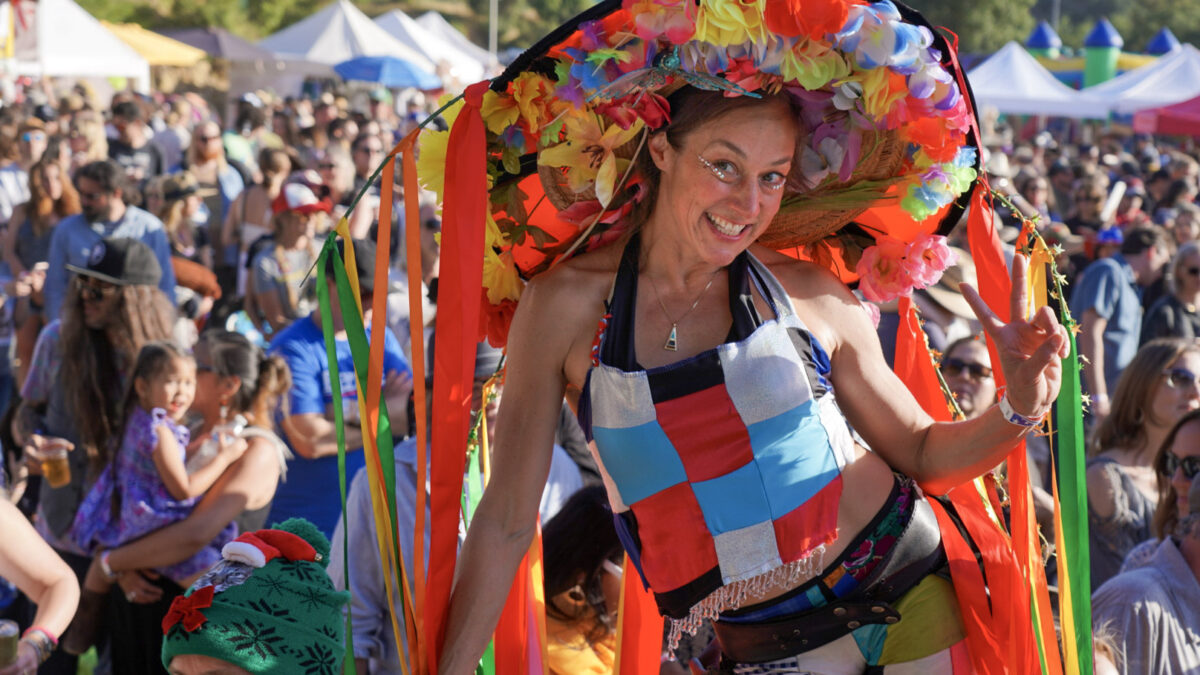 There won’t be a Topanga Days Country Fair this year, or a Memorial Day parade, but that doesn’t mean that the community can’t come together to celebrate the spirit of the canyon’s traditional Memorial Day weekend event.

The fair has gone on even in years marked by local disasters, like the 1980 floods and the 1993 Old Topanga Fire but this year the coronavirus pandemic was an insurmountable obstacle.

The first Topanga Days Country Fair took place in 1973, but the annual fundraising festival that supports the Topanga Community Center is older than that. It began as a summer BBQ in the late 1950s and became the Topanga Strawberry Festival in 1961.

The original event featured a Strawberry Queen and her court, and “all the berries you can eat,” an ad for the first festival boasted. The mountains of strawberry shortcake and whipped cream served at the annual event helped finance a new roof for the Topanga Community Center. By 1965, the annual event took place under that roof for the first time.

The last Strawberry Festival—1972—featured rock music for the first time. “The city fathers—the men who join the Lions and the Optimists, business clubs—decided that there should be a rock festival down in the hollow for “the kids,” a 1972 Los Angeles Times Article reported.

In 1973, Topanga Days was born, with live music not just for “the kids,” but as the main attraction.

This year, Topanga New Times has invited everyone to celebrate this uniquely Topangan tradition  by recreating their favorite activities and performances at home and sharing their videos with us. You can submit to hello@topanganewtimes.com until midnight Friday, May 22. We’ll be streaming submissions on Vimeo and Facebook so watch social media for @topanganewtimes.

The purpose of the festival and fair has always been to bring the community together and to support the Topanga Community Center, which is at the heart of the canyon and has been active with sponsored blood drives and organizing neighborhood support for those in need during this time. Support our TCC. Renew your membership, or finally join. You can also donate at topangacommunitycenter.org, or sign up to contribute through purchases at Ralphs Markets or through the Amazon.com Smile program.

We’re looking forward to the 2021 Topanga Days Festival. Together, we can help TCC make that happen.