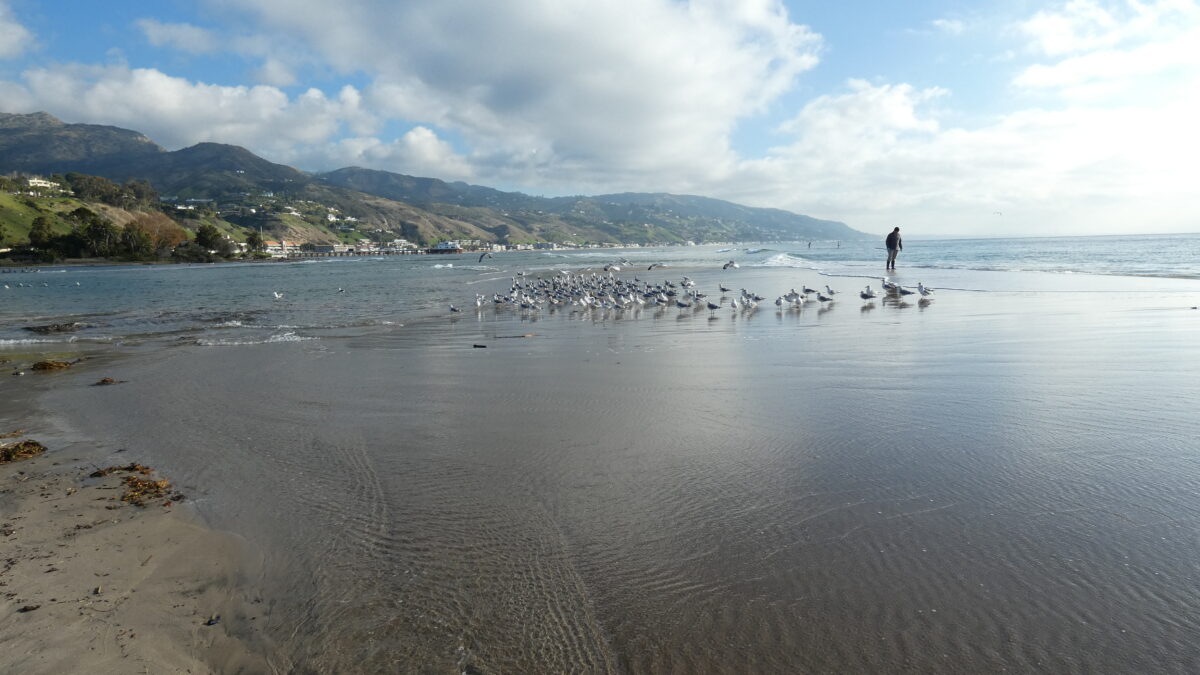 An ambitious new set of goals outlined in an executive order signed by California Governor Gavin Newsom on October 7 seeks to preserve 30 percent of all undeveloped state land and coastal resources, as well as establishing better and more sustainable agricultural practices. Surfrider Beach, shown here, is already already owned and protected by the state, but many parts of the local mountains are still hotly contested. Conservationists hope the plan will result in additional protections for biodiversity areas like the Santa Monica Mountains and coastline. Photo by Suzanne Guldimann
Discover, NewsBeat

On October 7, California Governor Gavin Newson announced a plan to conserve 30 percent of California’s state land and coastal waters by 2030, with the goal of protecting natural resources and offsetting climate change.

“The science is clear that, in our existential fight against climate change, we must build on our historic efforts in energy and emissions and focus on our lands as well,” Newsom stated. “California’s beautiful natural and working lands are an important tool to help slow and avert catastrophic climate change, and today’s executive order provides important new tools to take on this existential threat.”

California is the first state to commit to 30 x 30—preserving 30 percent of Earth’s remaining undeveloped land and ocean by 2030. It’s a goal promoted by a coalition of environmental and scientific organizations.

Critics point out that much of this executive order is symbolic, since the vast majority—nearly 50 percent—of undeveloped land and offshore coastal resources in California is under federal control, but the order could potentially have a major impact on future logging, extractive, agricultural and grazing rights on state-owned land. For areas of special biological significance, like the Santa Monica Mountains and coast, this executive order could potentially be a powerful tool in the neverending battle between conservationists and developers.

Land conservation is only one aspect of the governor’s plan. One of the major goals Newsom has put forward is finding ways to accommodate that biodiversity while still protecting the $50 billion California agriculture industry, which produces over 400 commodities, including over a third of the nation’s vegetables and two-thirds of the nation’s fruits and nuts.

The order directs state agencies to “deploy a number of strategies to store carbon in the state’s natural and working lands and remove it from the atmosphere.

The governor’s announcement points out that California is considered one of the world’s 36 biodiversity hotspots, and that the unique flora and fauna of the state is increasingly threatened by habitat loss.

The plan outlined in the executive order calls for:

The executive order directs the California Natural Resources Agency to form a California Biodiversity Collaborative to bring together experts, leaders and communities to pursue a unified approach to protecting biodiversity and develop strategies to support the 30 by 30 goal.

“In advancing this executive order, California joins 38 countries to support the global effort to achieve protection for 30 percent of the planet by 2030,” Newsom stated.