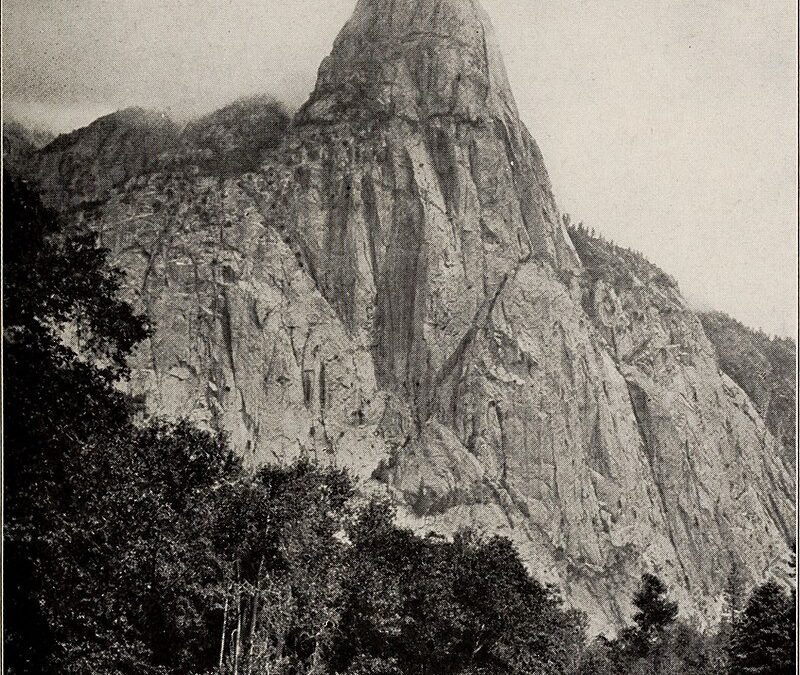 Editor’s Note. Ken LaDuke authored the first in our series of stories written by a group of lifelong friends and avid backpackers—Fred Morgan, Lindsay Morgan, and Dan Crow. Many of their yearly forays over more than two decades were in the Tehipite Valley, described by the Hikers Project as “a mostly flat 15-mile hike to the valley rim before a grueling 3000 foot descent into one of the deepest, longest and most remote valleys in the Sierra. This hike is long…the final miles of switchbacks will try even the toughest of hikers. However, the isolated and rugged beauty of Tehipite Valley makes it worth it.”

The close-knit group of friends looked to LaDuke to lead them through many places in the Sierras. At one point they posed themselves a challenge to write a good campfire story. The result was a group of stories from all different perspectives; LaDuke’s story sounds much like the man—laconic and to the point.

Ken LaDuke was a Blackfoot Indian. His early years may have been growing up in an off-the-grid homestead in Frazier Park, but we do know he was a bare-footed young man wandering in the marshlands of 1950s Santa Monica. He was a long-time Jr. High math teacher and introduced a multitude of young students to the outdoors during many trips to Frazier Park. He was an artist of dreamcatchers and an expert blacksmith craftsman, leaving behind hundreds of handmade knives, which he would never sell, often incorporating found pieces of bone, antlers and feathers into his designs. In future issues, we will be publishing more stories and excerpts from the Tehipite Terror Anthology.

My name is Mishi. I lived in this beautiful valley with a large river running through it and very high mountains on both sides. There was a tall dome of rock that rose far above the valley—we called it Tehipite.

We had a good life, the men would get fish from the river—deer and bear were abundant, also grouse. The women gathered acorns, pine nuts and lots of edible roots and berries. We made shelters with willow frames and covered them with cedar bark. It was a good life.

At night around the communal fire the old men would tell our tribal legends. One of these legends was about a monster we called the Tehipite Terror—here is how it went:

“One day a huge monster came into our valley—it was covered with hair and could spit fire. It destroyed all our huts, killed a lot of our men, raped our women and ate all the children it could catch. It drove us out of the valley up into the high country where we hid in caves and waited for it to leave us.

“Whenever the children were bad, their mothers would tell them the Tehipite Terror would get them if they did not behave—this brought results.”

Ten days ago, I was picking currants upriver from our village when I heard a strange sound, one I had never heard before. I hid behind some rocks and watched the most amazing sight I had ever seen. There was a group of strange looking people on top of strange looking animals sort of like very large elk without the antlers.

The men had hair all over their faces and wore weird clothes. They carried sticks in their hands. I was frightened. I ran back to the village and told my mother what I had seen, and she told the chief. The chief called a council and they sent scouts out to verify what I had seen. After a while we heard what sounded like thunder. One of the scouts came running into camp with blood streaming from his shoulder—he said there were monsters upstream and they had sticks that could spit fire—he said the other scouts were dead.

The chief said everyone should take their sleeping robes and all the food they could carry and hide. My mother, father and I went to this cave we knew above our village up about 1000 feet. We could see our village from up here. We saw the strange monsters come into our village and burn all our huts. We watched while they hunted and killed many of our people with their sticks that sounded like thunder.

Our life as we knew it was over. I said to my mother, “There really is a Tehipite Terror!”