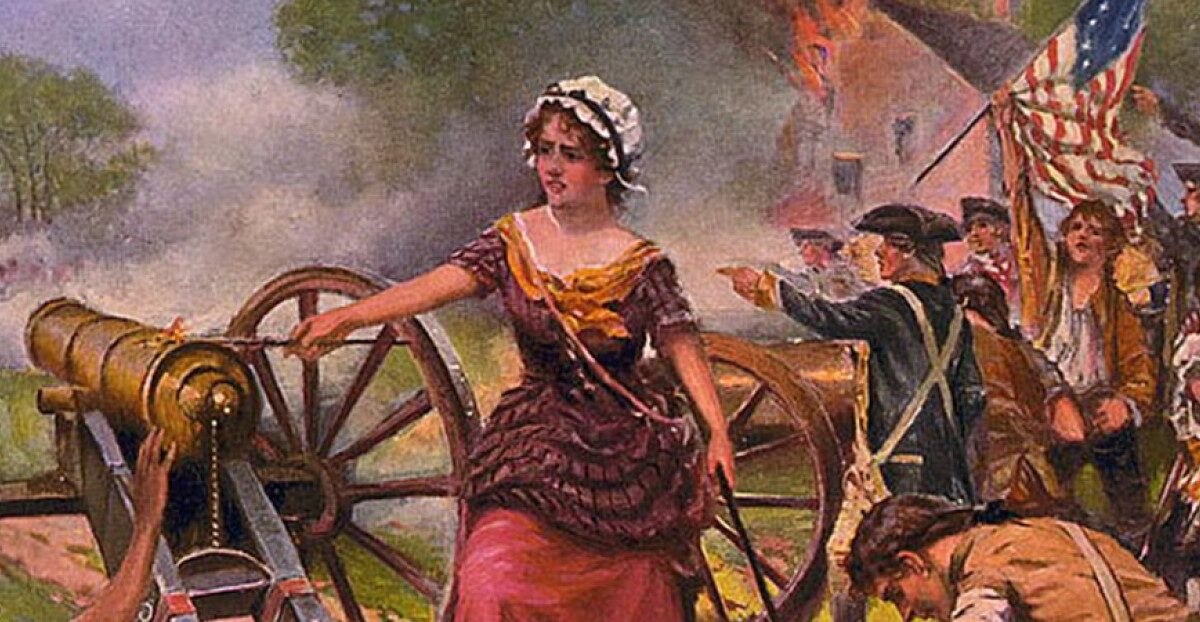 The story of America’s founding has been informed largely by the record of the white men of means at its center. During the past half-century or so, however, a concerted effort has been made to account for the experiences of all the others. In honor of Women’s History Month, I offer some commentary on two volumes: Revolutionary Mothers: Women in the Struggle for America’s Independence by historian Carol Berkin and Founding Mothers: The Women Who Raised Our Nation by the recently-deceased political commentator and historian Cokie Roberts.

The Founding Mothers in Roberts’ title refers admittedly to those women with familiar family names: Adams, Franklin, Rush, and Jefferson to name a few. Roberts regrets that she must “define these wonderful women by their male attachments.” This is not an indictment of her work but rather, a result of the limitations imposed on all those whose record has been dramatically limited by the circumstances under which they lived.

As a result, the most interesting characters in Founding Mothers are those who live up to the bumper sticker: Well-Behaved Women Rarely Make History. Case-in-point: Mercy Otis Warren whose Otis and Warren affiliations offered the potential to “misbehave.”

Writing anonymously to loosely disguise her gender, Warren wrote extensively from the heady days leading up to the American Revolution (early 1770s) throughout the debates over the drafting of a new constitution and the creation of a viable American government (late 1780s).

As a playwright, Warren castigated the British for their tyrannical ways in a series of pamphlets; much like those written by Thomas Paine—of greater fame for the reasons expressed here—whose Common Sense made the simply-argued, and largely disseminated case for American independence. Warren also corresponded extensively with Abigail Adams, Martha Washington, and other wives of the prominent male figures of the day. Letters such as these make up the heart of Roberts’ book.

Warren’s private communications reveal a rebellious spirit while simultaneously acknowledging her deference to eighteenth century gender norms: “I disregard the opinion that women make but indifferent politicians,” Warren wrote to a female friend in December of 1774. “When the observations are just and honorary to the heart and character, I think it very immaterial whether they flow from a female lip in the soft whispers of private friendship, or whether thundered in the Senate in the bolden language of the other sex.”

It appears that the haughty language of America’s founding inspired Warren to begin writing under her own name. Following the ratification of the US Constitution, she published a collection of poems focusing on the social and moral values necessary to preserve the liberties which had been so boldly promoted; and in 1805, she openly penned a history of the American Revolution.

In her work, we are reminded that the richest modern nation on earth began as a tenuous experiment whose hypothesis – seemingly always in need of confirmation – was that free and informed people could govern themselves.

While Roberts’ work examines the role of elite women in the manifest moments of the era, Carol Berkin takes a deep dive into the latent—less studied—history of all women; albeit within the narrowed experiences of the American Revolution.

Leading up to the war, women participated actively in political acts of defiance that stirred up revolutionary fervor. They refused to buy boycotted British products including tea and textiles. They made and wore homespun clothes.

As the war unfolded, women melted down metal household objects such as tableware and window weights to be used for bullets. They opened their homes for wounded soldiers. They maintained businesses and farms in the absence of husbands, brothers, and sons.

For the women of Berkin’s Revolutionary Mothers, the tumult arose for many as a bitter home-front civil war broke out in their “backyards.” Remember that it was only about a third of the colonists who supported independence; a third remained loyal to Great Britain; while the rest were likely influenced by whichever army happened to be nearby. Indeed, a Berkin chapter documents the travails of Loyalist women who found themselves at odds with their rebelling neighbors.

Berkin also includes chapters on the daily experiences of Native and African American women, whose lives offer insight into those of their counterparts today.

Berkin’s most interesting women exist just outside the frame of some of the most dramatic moments of the war: army camp followers. Literally trailing along behind the troops, they served “as cooks, washerwomen, seamstresses, nurses, scavengers for supplies, [companions], and occasionally as soldiers and spies.”

For many, their presence was determined by circumstance. With husbands and brothers called to serve, women pondered whether to stay home while war raged around them. Given that enemy soldiers were often prone to looting and sometimes to ravishing the unprotected occupants of remote farms, many took their chances with their soldiering men.

Camp followers didn’t just tag along for their own safety. They boosted morale, provided nursing care, and maintained hygiene and sanitation, which limited the ravages of diseases like typhus and dysentery. With that said, the conditions under which all existed were horrid. Even so, as Berkin points out, “a British army officer saw through the dirt and grime: ‘if [we] had destroyed all the men of North America,’ he said, ‘we should have enough to do to conquer the women.’”

As Cokie Roberts and Carol Berkin encourage us to reimagine the roles of Revolutionary Era women, some of the typically gendered mores of the day still had their place. As a New Jersey woman bid farewell to her husband as he went off to fight the British, she left him with this heartfelt thought: “Remember to do your duty! I would rather hear that you were left a corpse on the field than that you had played the part of a coward.”

No word yet on how things turned out for that patriot…

A Shot in the Arm