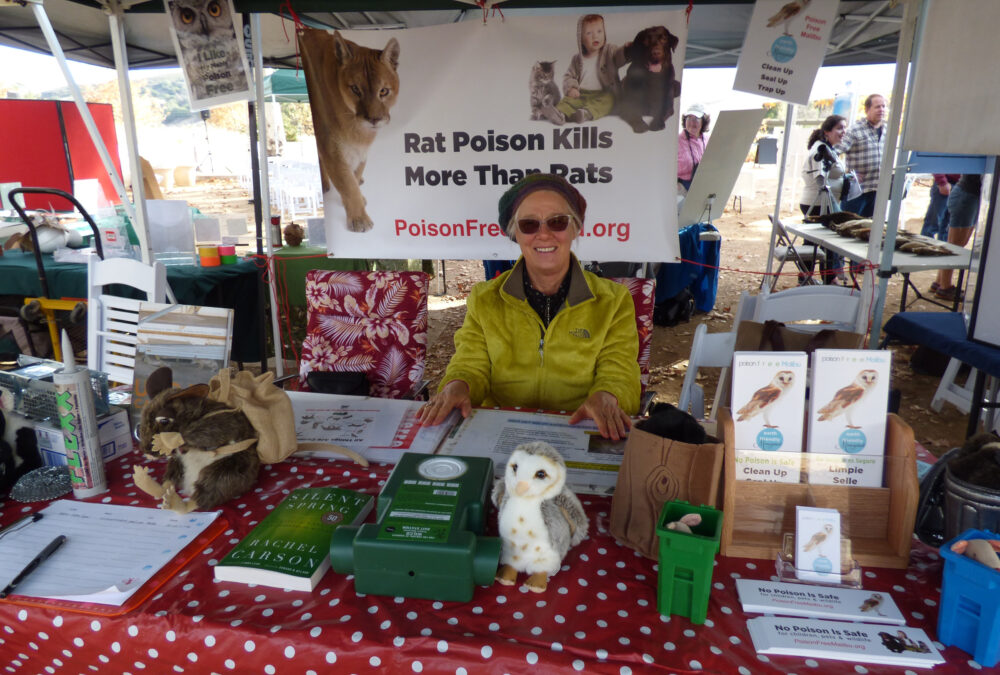 Anticoagulant rodenticide has been described as the new DDT, indiscriminately killing animals throughout the food chain in an unsuccessful effort to control rodents, in the same way that DDT poisoned the environment with little effect ultimately on the target species it was intended to eliminate. A new generation of advocates have taken up the torch ignited by Rachel Carson, and are racing against time to contain this new threat.

In 2012, mountain lion P-25 was found dead from rodenticide poisoning. It was the first time the rodenticide issue was a local news story.

In the years since P-25’s death, the collateral damage from the rat poison market has continued to escalate. We lost three mountain lions just in 2019 out of a fragile, already endangered population. We know how these big cats died because these animals are part of the National Park Service’s study program. That study has shown that 26 out of 27 mountain lions tested have had rodenticide exposure. It’s harder to quantify the number of other species, like hawks, owls, foxes and even snakes that are killed from rodenticide exposure each year.

Last week, mountain lion P-78 died after being struck by a vehicle. The necropsy conducted by NPS biologists revealed that his body contained five different rodenticides, including four anticoagulant compounds and bromethalin.

For the people who try to rescue and treat animals that have ingested rat poison, and the ones who perform necropsies on them it is horrifying, sickening. Anticoagulants cause direct death by preventing the animal’s blood from clotting, causing them to bleed out internally, but the poisons also weaken the animal’s immune system, causing crippling and eventually fatal mange. Pet dogs and cats are also killed by secondary poisoning.

Malibu resident Kian Schulman, a former RN, was appalled by the death of P-25. She began researching the environmental impacts of rodenticides and started a one-woman crusade to get the products off the shelves of local businesses. Together with her husband Joel, a physicist, Kian founded Poison Free Malibu, a California non-profit dedicated to eliminating toxic rodenticides and other key environmental contaminants through education and legislation.

The Schulmans have worked with a coalition of organizations and elected officials that include local Topanga activists like Carrie Carrier and the Topanga Watershed Council; nonprofits like Raptors and the Solution and the Animal Legal Defense fund; and California Assemblymember Richard Bloom and State Senator Henry Stern. They’ve worked to pass legislation limiting anticoagulant rodenticide use.

Today, there is a Poison Free Calabasas, a Poison Free Agoura, a Poison Free Conejo Valley and a brand new Poison Free Topanga. There’s even a Poison Free group in Italy. As more volunteers form their own groups, the Schulmans are working to develop an umbrella organization to help organize and provide a unified voice for the smaller groups.

The name contains an echo of the first volunteer group that formed to oppose DDT use in the 1950s, the Citizens’ Committee Against Mass Poisoning.

“It’s called CARP—Citizens Against Rat Poison,” Kian told the Topanga New Times in a phone interview. “We are really excited. We received a grant from [Los Angeles County Third District Supervisor] Sheila Kuehl. “This is a way to make all of the information available under one umbrella, to give everyone a unified voice. We continue to move forward, all of us, together.”

Sixty years after Silent Spring, the fight goes on.