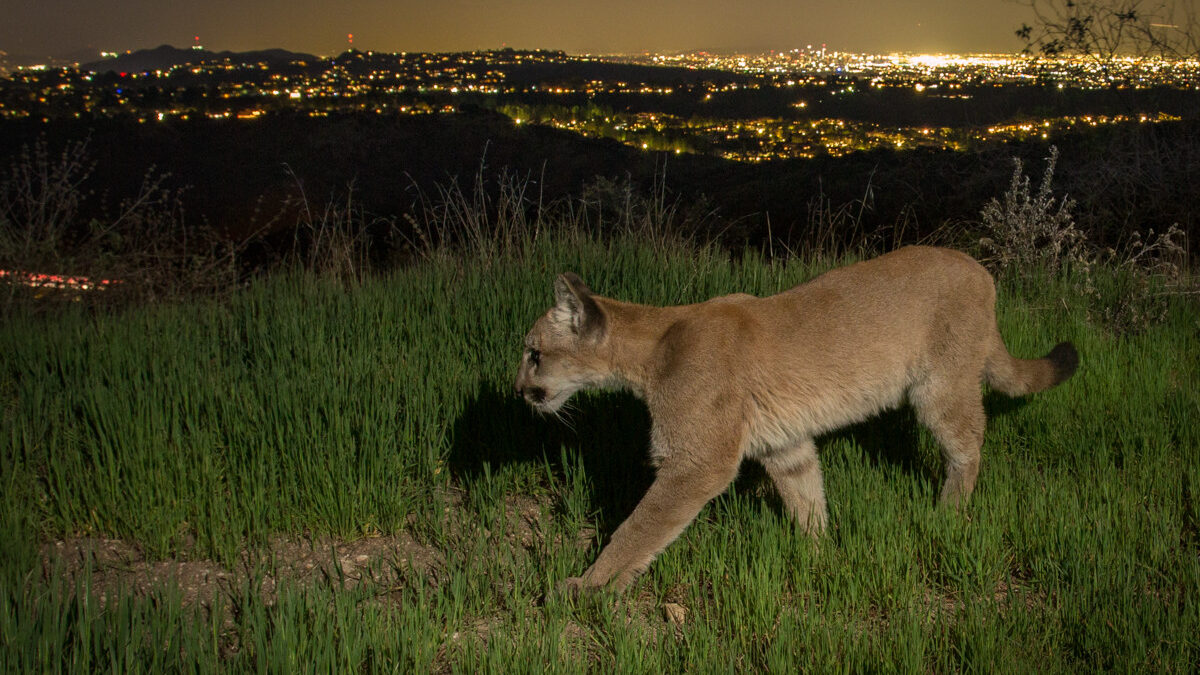 According to a recently published National Park Service (NPS) study, one of the world’s most widespread and adaptable animals, mountain lions, regularly uses and even selects the chaparral and coastal sage scrub habitats in and around Los Angeles, a megacity of 16 million people. The study found that they rarely enter developments and tend to avoid highly modified, landscaped areas such as golf courses and cemeteries.

“We found that it is very rare for mountain lions to venture into neighborhoods,” said biologist Jeff Sikich, co-author and the lead field scientist on the project for the NPS. “Overall, only about one percent of locations were actually in urban areas. However, it was interesting to see that in our analysis of habitat selection, mountain lions were consistently closer to urban development than expected. This could be because mule deer, their main prey, may benefit from being around people.”

Biologists captured and GPS-collared 29 adult and subadult mountain lions in the Santa Monica Mountains, Simi Hills, Santa Susana Mountains, and nearby areas. They used this method to gain insight into home range size, and evaluate how the mountain lions use the landscape; including which parts they tend to select or avoid.

“Past studies, elsewhere and even in southern California, have often focused on the importance of forested areas for the species,” said Seth Riley, lead author and wildlife branch chief at Santa Monica Mountains National Recreation Area (SMMNRA). “While riparian and oak woodlands were also selected, our results show that mountain lions can thrive in shrublands and can persist even in intensely developed southern California.”

Home range sizes were similar to those reported in other areas, with adult male ranges averaging 144 square miles, and adult females, 52 square miles. There were two very notable exceptions, however. Two adult males resided in isolated habitat fragments – Griffith Park and the Verdugo Mountains. P-41 occupied just 21 square miles in the Verdugos. For more than a decade, P-22 has persisted in the smallest home range ever recorded for an adult male, just nine square miles surrounded by freeways and residential areas in and around Griffith Park. Along with occupying tiny areas, these two males also ventured into residential areas far more than any other mountain lions. Though even for them, 90% of their locations were in natural areas.

There are many challenges for the species in Los Angeles, including development, toxicants such as anticoagulant rodenticides, and freeways that divide remaining natural areas. However, their continued existence in the Los Angeles area indicates that sufficient open space remains for this apex predator to still roam the shrub-covered hills in and around the city.