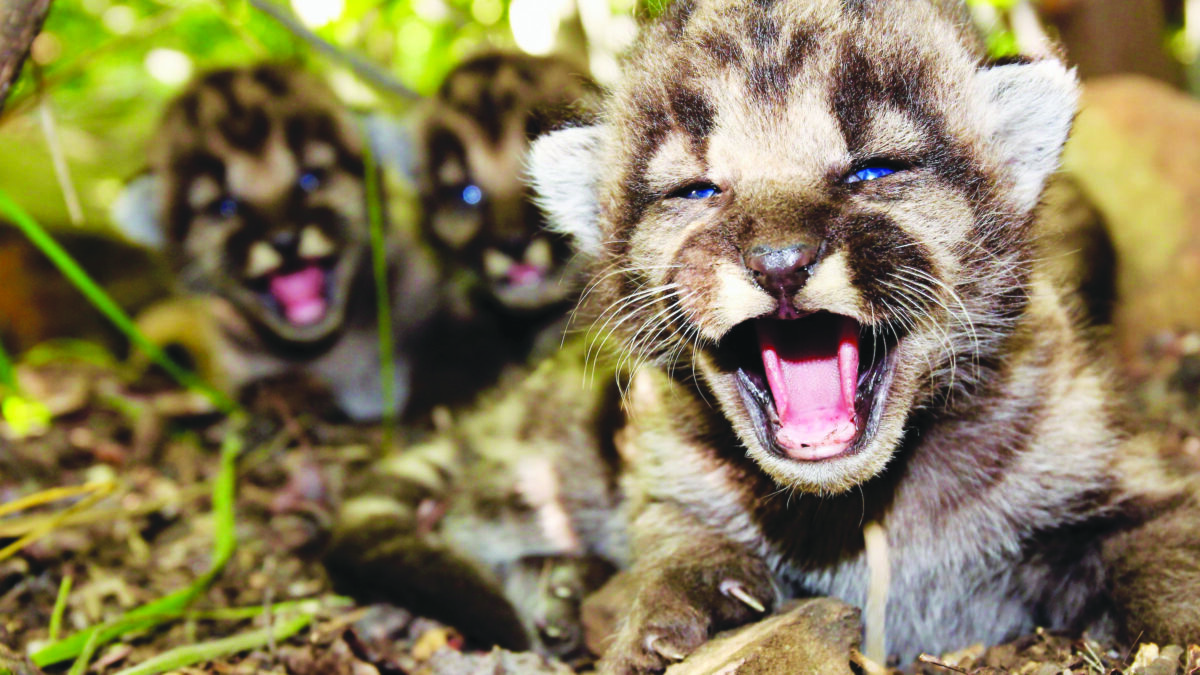 Back in November, four mountain lion kittens, P-100, P-101, P-102, and P-103 were discovered in a Thousand Oaks office complex, orphaned by their mother. P-100 and P-102 died a few days after being discovered, while the remaining two kittens of the litter, P-101 and P-103, survived and are now in captivity and cared for by the Orange County Zoo in Irvine. A necropsy report shows that the two mountain lion kittens, (P-100 and P-102) who died last November, had residues of three different types of anticoagulant rodenticide (AR) compounds in their livers, according to National Park Service (NPS) officials. Postmortem examination found both cubs to be emaciated, with a heavy flea infestation. Microscopic examination of their tissues revealed inflammation in their brain as well, and the detection of feline parvovirus in numerous tissues.

Feline parvovirus is a highly contagious virus that can cause illness, called feline panleukopenia, and death, particularly in young kittens. The necropsy report noted signs of the disease that were seen before the kittens died, including seizures, and indicated panleukopenia as contributing to the cause of death.

“This is the first time a mountain lion in the park’s 20-year study has been affected by parvo, and these two kittens are the youngest mountain lions in the study to have anticoagulant rodenticides in their system,” said Jeff Sikich, a biologist who has led the fieldwork for the mountain lion study for two decades. “31 of 32 mountain lions have tested positive for exposure to one or more ARs, and seven have died directly from poisoning.”

Rodenticides are dangerous to all manner of living things. We must continue to find less repercussive methods of pest control.

Nothing Belongs to You

Our House, Our Playground, Our Ball Field

Fire in the Mountains