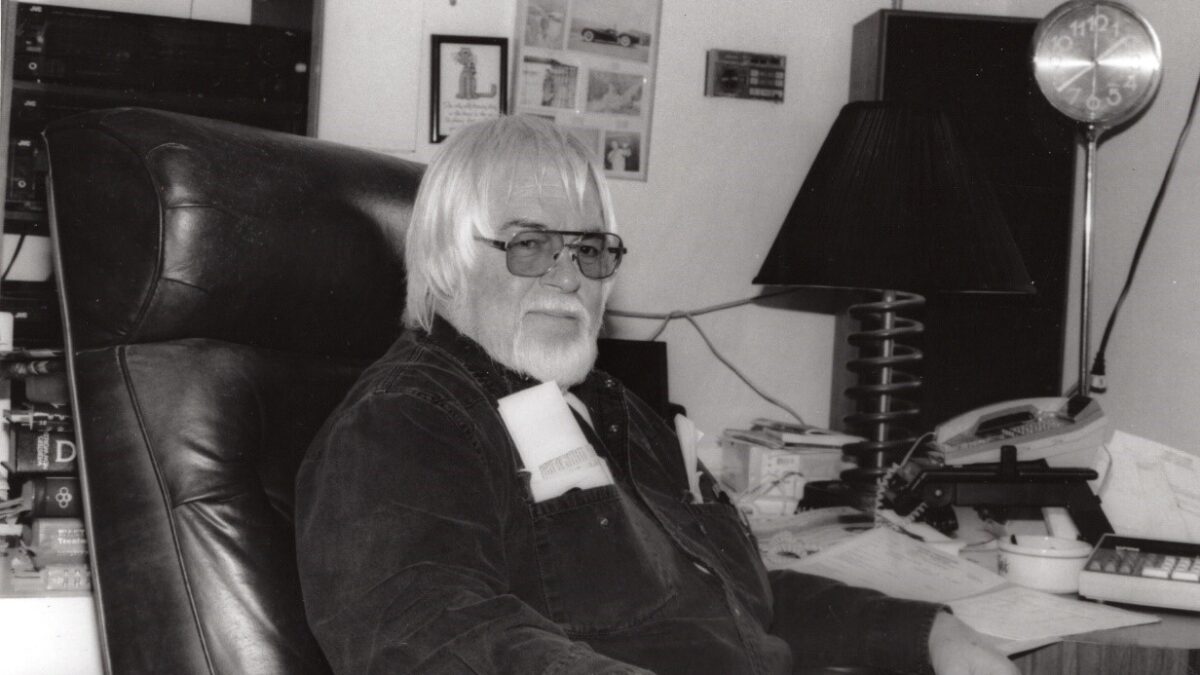 Richard Newton Sherman, aka “Dick Sherman” (1937-2021) died peacefully on 12/30/2021 in a Rehab facility from his long-term cardiovascular issues, his wife with her bloodhound by his side. He is preceded in death by his father, Hoyt Leon Sherman, his mother Rachael Way Sherman, and his younger brother Bruce (Jed) Sherman. He has three nephews who live in Northern California, Jesse Sherman, Jubal Sherman, and Lennon Sheldon.

Richard graduated from the OSU “University School” in Columbus, Ohio in 1955. After a few years of attending college classes and working at the local hardware store, he and a friend drove West on Route 66, landing in Hermosa Beach, CA just in time for a stock car race. Richard never left California, and ended up living in Topanga until his death 62 years later.

Richard was a well-known contractor in Malibu and Topanga for over 60 years, specializing in underground utilities and septic systems. If you needed a job or to get a job done, he was your man. His fleet of bright green “Topanga Underground” trucks were known throughout the area. His world revolved around his employees, his fellow contractors, and later his wife and their cats and dogs.

In 1991 he married his high school sweetheart, Karolyn “Lyn” Mumma, and they lived in Topanga for the next 30 years, until her recent move to Vancouver, Washington after her retirement. Richard maintained “he had to work” so he stayed in Canoga Park working and commuting to Vancouver, until his health issues made it impossible for him to fly. During the last few years of his life he lived in Canoga Park, assisted by Carol Montes, her brother Carly, and their family. We are grateful for that because without them Richard could not have lived independently.

Memorial donations can be made to: www.GoFundMe.com/Richard-Sherman-Topanga. Proceeds will help pay for the memorial service and expenses. Any additional money will be donated to The Blue Bell Cat Foundation in Laguna Beach, CA, in Richard’s name.