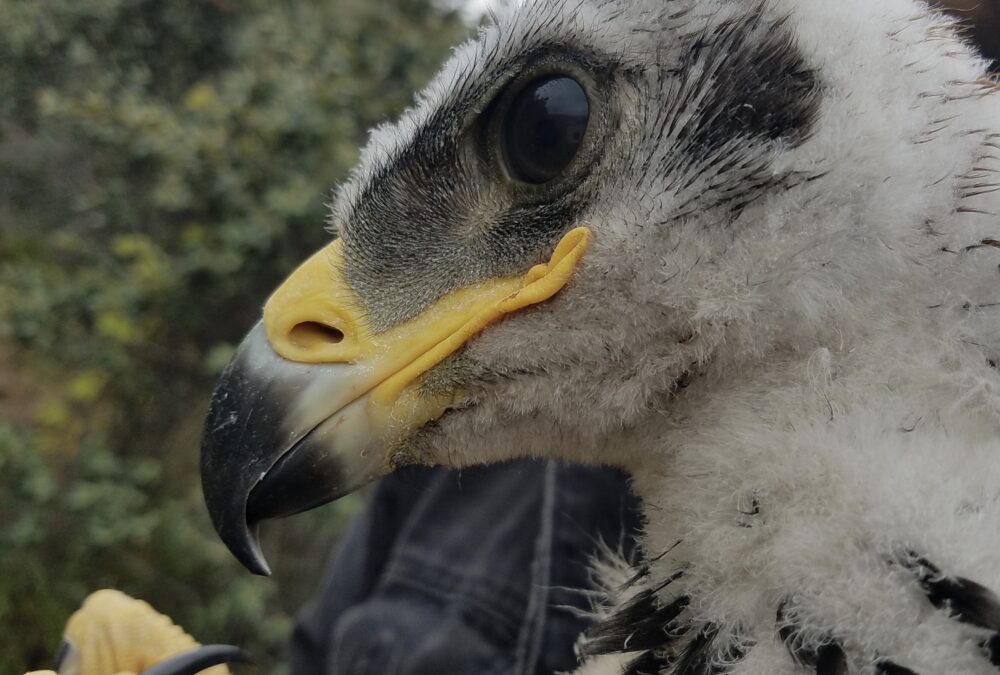 Golden and bald eagles are among the species protected by the Endangered Species Act. This golden eagle, discovered in 2019, was the first born in the Santa Monica Mountains in more than 30 years. Restoring protections helps give endangered wildlife like this rare bird at least a chance for survival. Photo: NPS
NewsBeat

A Federal Judge has restored endangered species act protections that were seriously weakened by the Trump Administration. The U.S. District Court for the Northern District of California ruled in favor of the coalition of conservation and animal welfare organizations and states, including California, in a lawsuit filed to challenge changes to the Endangered Species Act imposed by the U.S. Department of the Interior in August 2019.

“By design, the Endangered Species Act (ESA) puts animals’ protection over corporate and industry interests—and the 2019 rules clearly violated that principle and the law’s intended purpose,” Animal Legal Defense Fund Executive Director Stephen Wells stated. “The Endangered Species Act is one of few federal laws that protects animals and is critical for providing enforcement options through the civil court system.”

In August 2019, the U.S. Fish and Wildlife Service and the National Marine Fisheries Service announced the new rules that weakened the ESA. The changes included making it easier to “delist” species, eliminated immediate protections for newly-listed threatened species; prioritized economic factors over scientific analysis, and made it more difficult to designate an area critical habitat.

The ESP is credited with species impacted by the changes include the northern gray wolf, the bald eagle, the Florida manatee, and the grizzly bear. The ESA’s protections for endangered and threatened species in captivity was also undermined by the Trump Administration’s changes. When the Biden Administration failed to reverse those changes, the legal challenge moved forward. “Trump’s gutting of endangered species protections should have been rescinded on day one of the Biden presidency,” said Noah Greenwald, endangered species director at the Center for Biological Diversity.

“The 2019 rollbacks to the ESA regulations were an unlawful and irrational mess that undermined critical protections for wildlife,” said Karimah Schoenhut, attorney for the Sierra Club. “In the midst of a global extinction crisis, the court’s decision to vacate the rules will help ensure that imperiled species receive the protections they desperately need.”