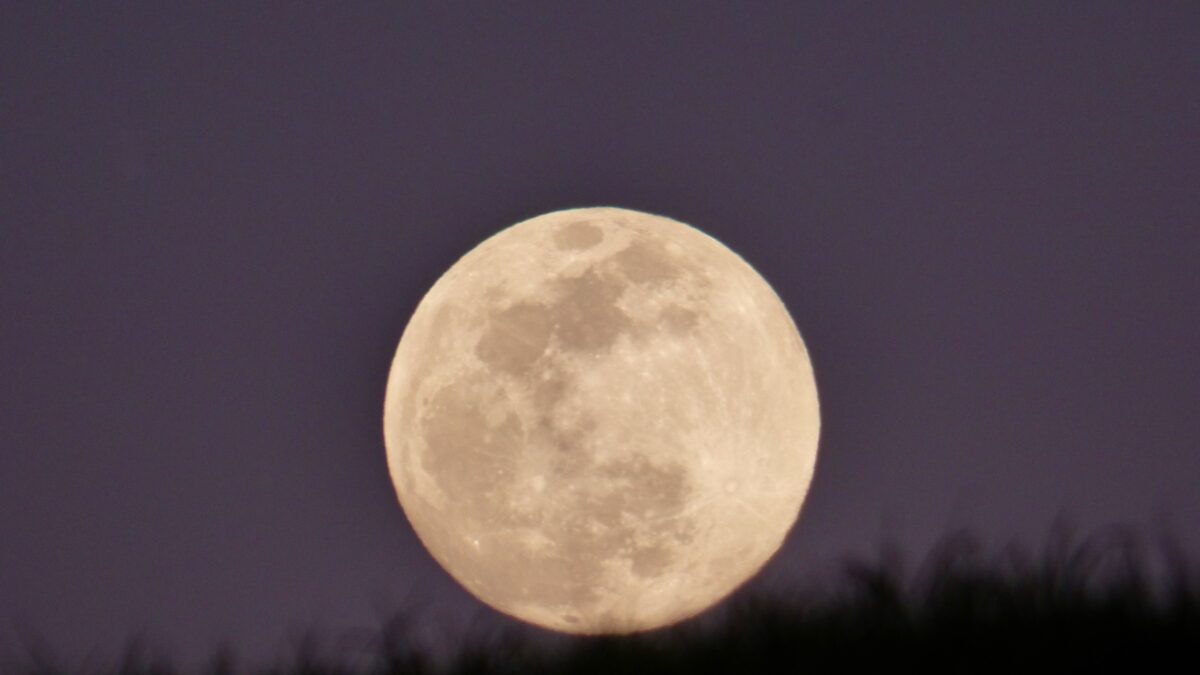 The penumbral lunar eclipse on July 5 kicks off a summer of astronomical activity. This isn’t a spectacular total eclipse, but as the moon passes through earth’s outer shadow just after moonrise it should appear slightly more golden than usual. Photo: Suzanne Guldimann
Discover

Fourth of July firework displays may be on hold this year because of the coronavirus crisis, but skywatchers will be treated to a penumbral lunar eclipse on the evening of July 5, just after sunset.

A penumbral lunar eclipse occurs when the outer shadow, or penumbra, of the Earth covers the moon. It isn’t a dramatic phenomenon like a total eclipse, but it should give a slight golden or reddish glow to the moon just as it rises in the evening, at the time when it already appears largest.

Provided the Santa Monica Mountains aren’t swathed in coastal fog, this should be a spectacular moonrise. Folk names for the July full moon include buck moon, thunder moon, and hay moon. The full moon rises just after 9 p.m. on July 5. However, for the best photo op, try catching the nearly full moon rising at 8:22 p.m. on July 4, just after sunset, which takes placeat 8:10 p.m.

An array of celestial fireworks continue all summer. On July 14, Jupiter will be at opposition—meaning it is at its closest approach to Earth—close enough to see four of the planet’s moons with the aid of binoculars. On July 20, Saturn is at opposition, an event that coincides with the new moon, meaning the darkest skies of the month for stargazing. You need a telescope to see this planet’s rings, but both planets will be incredibly bright in the night sky this summer.

Mars joins Jupiter and Saturn in the evening sky in July, gradually growing brighter and higher until October 13, when it reaches opposition, something that only happens every two years. By August 21, Mars will appear nearly as bright as Sirius, the star with the greatest magnitude. By September 29, it will be brighter than Jupiter, and second only to Venus as the brightest planet.

Look for Venus in her role as the morning star in the eastern sky before sunrise in July. Earth’s nearest planetary neighbor arrives at greatest western elongation on August 13—Venus’ highest point above the horizon in the morning sky. She is joined in the pre-dawn sky by the constellation Orion, the Hunter, rising just before dawn.

Summer brings two major meteor showers. On the night of July 28, the Delta Aquarids Meteor Shower peaks. This celestial spectacle occurs when Earth passes through the debris cloud left by comets Marsden and Kracht. The shower starts around July 12, and peaks on night of July 28 and the predawn hours of July 29.

The Delta Aquarids are the warm-up act for the Perseids Meteor Shower, which peaks on the night of August 11-12, with the best viewing after midnight.

The Delta Aquarids will generate as many as 20 meteors an hour, while the Persieds may generate as many as 60, despite light from the second quarter moon this year. This shower is known for producing bright shooting stars—bits of dust from the comet Swift-Tuttle that superheat and burn up as they skim across Earth’s atmosphere. The meteors appear to radiate from the constellation Perseus, which is how they get their name, but they can show up almost anywhere in the sky. The best way to watch is from the comfort of a lawn chair or sleeping bag, placed in a location with a good view of the northeastern sky.

Although these meteor showers peak on July 28 and August 11, it takes time for earth to travel through these ancient debris fields. During that period of transit there are more shooting stars than usual from the middle of July to the end of August.

August 3 brings the Green Corn Full Moon, while August 19 is the corresponding new moon and one of the darkest nights of summer, ideal for stargazing. Look for the summer triangle overhead in the night sky. This asterism is made up of Deneb, Vega, and Altair, the brightest stars in the constellations Cygnus the Swan; Lyra the Lyre; and Aquila the Eagle, and is one of the dominant features of the summer night sky, together with the constellation Scorpius, the scorpion with the bright red star Antares at its heart.

For humans struggling to get through this interminable and strange year, it can be oddly comforting to know that the light from some of those stars traveled hundreds, thousands, even millions of years to reach Earth—somehow, it helps keep things in perspective.

The websitewww.timeanddate.com provides night-by-night, hour-by-hour star charts. There are also many apps that can help stargazers locate objects in the night sky, but our favorite guide remains a pair of 60-year-old children’s books by husband and wife children’s book authors Hans and Margret Rey, who also wrote Curious George. Their books The Stars: A New Way to See Them, and Find the Constellations are indispensable for stargazers of all ages. Both titles are available to purchase new, used, and as ebooks.

Botanical Gardens Are Open and in Bloom