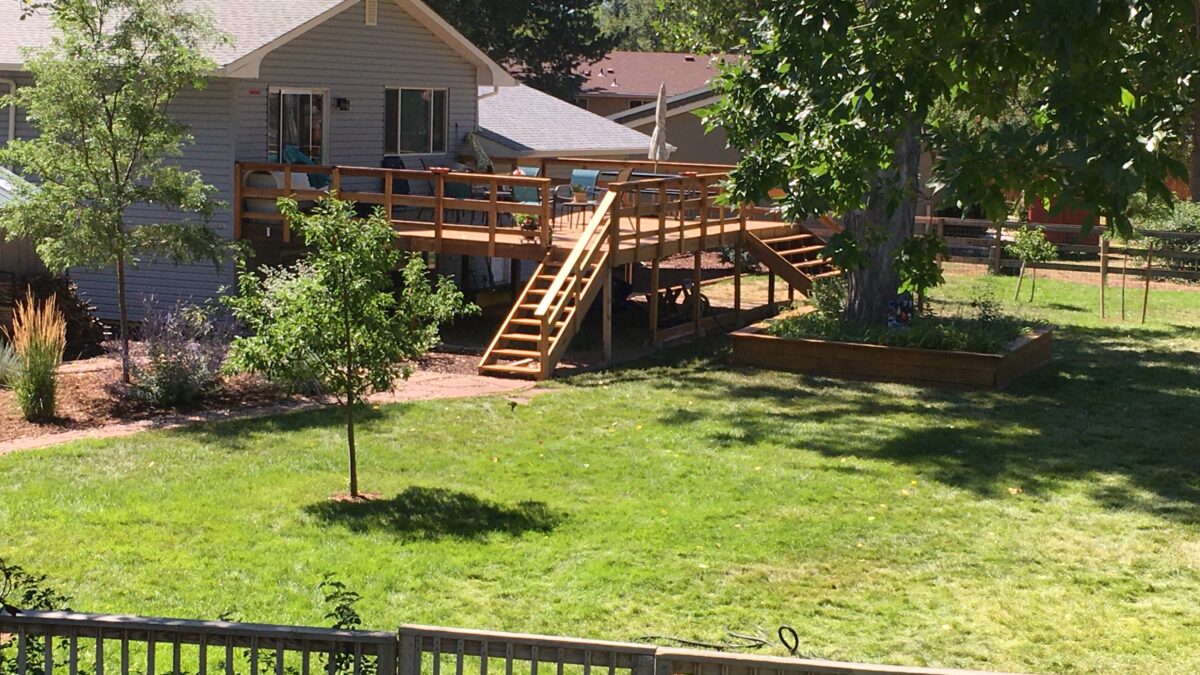 The Deck. Photo by Jimmy P. Morgan
Books & Such, Feature

I lost a dear friend recently. He didn’t do funerals, so there is this.

He was a United States Air Force pilot who once harbored dreams of becoming a general. Twenty-two years gave him enough time to meet a few of them, so he changed his mind. Dreams often work this way.

He was a backpacker, a reader, a listener, a storyteller, a frustrated writer, a thinker. He loved the New York Yankees and he spent his last eight days, largely unconscious—in a dream-like state induced by narcotics—clutching a Yankee-logoed baseball. He had no patience for fools. He loved interesting people and politely tolerated the rest. He was fond of Scotch and cigars.

He piloted C-130s during the Vietnam War; his vantage point of 20,000 feet giving him only a distant perspective on the mayhem below. He didn’t drop any bombs but he supported those who did. It was only later in life that he realized bombs make a lot of noise, but rarely do much good.

He did, though, “bomb” the U.S. Military Academy at West Point. This was pretty much the extent of his war stories; unless you include his encounter with the Chilean Air Force. While on a mission to deliver three US planes to supplement Chili’s meager defenses, he got lost over the Pacific Ocean (Scotch had almost nothing to do with this.) His May Day calls were answered and the Chilean pilot guided him back to terra firma where a huge celebration was held in his honor. This, I suppose, explains his life-long love of Latinos— LatinX, I guess, but he never used that term —whom he called “my people.”

That third wife was the daughter of a Royal Air Force pilot who thought US pilots were all cocky Yankees. The equally cocky Brit made the mistake of being a little too vague about what to do with his final remains; which has him now resting in eternal peace at the U.S. Air Force Academy in Colorado Springs, Colorado. Oh yeah, the Major was also very fond of the last laugh.

During our time together in Fort Collins, Colorado, an American flag often flew from his large backyard deck. We built the deck together in 1998. I pretended that I knew how to build it and he pretended to believe me. Sometimes you just need to have a little faith.

On the Fourth of July, from the bow of that massive deck, he loved cranking up his stereo and treating everyone within earshot to a booming rendition of “The Stars and Stripes Forever”. Over the last twenty-two years of his life—our years as neighbors equaling his time in the Air Force—he learned that there is much more to being patriotic than waving flags and blaring trumpets.

One day he announced, “I’m going to be a liberal.” He didn’t quite know what that meant, which is why he did it.

His jog to the left was validated recently with a story he told while enjoying a cool Colorado evening on that redwood deck, Scotch and cigars properly deployed. Once, while stationed in the American South during his Air Force days, he found himself employing a housemaid of sorts, a black woman who tidied up things for very little pay. It was only years later that he realized that he had unwittingly participated in one of those minor acts of racism that, taken separately, amount to little but, taken collectively, define race relations in this country in the manner now being expressed on our streets. He had joked about becoming a liberal while the exercise made him rethink why it is we hold the views we do. By the time of his passing he had become a sharp and always-humorous critic of those who think America’s greatest days are behind us.

In the end, he was my neighbor and my friend, and finally, my dad. I must have been about ten or so when he visited his kids. He pulled up to the curb in an MG convertible. He walked up the steps in polished shoes, captain’s bars on the shoulders, high and tight on the top. At 6’4” and barrel-chested, he filled the room with his presence—perhaps making up for the absence—and reminded all of us that there was this man in our lives; not the father some of us wished him to be, but a man who deeply loved and defended his country, who lived a joyous and adventurous life, and who, like so many, struggled to show the love he had for all of us.