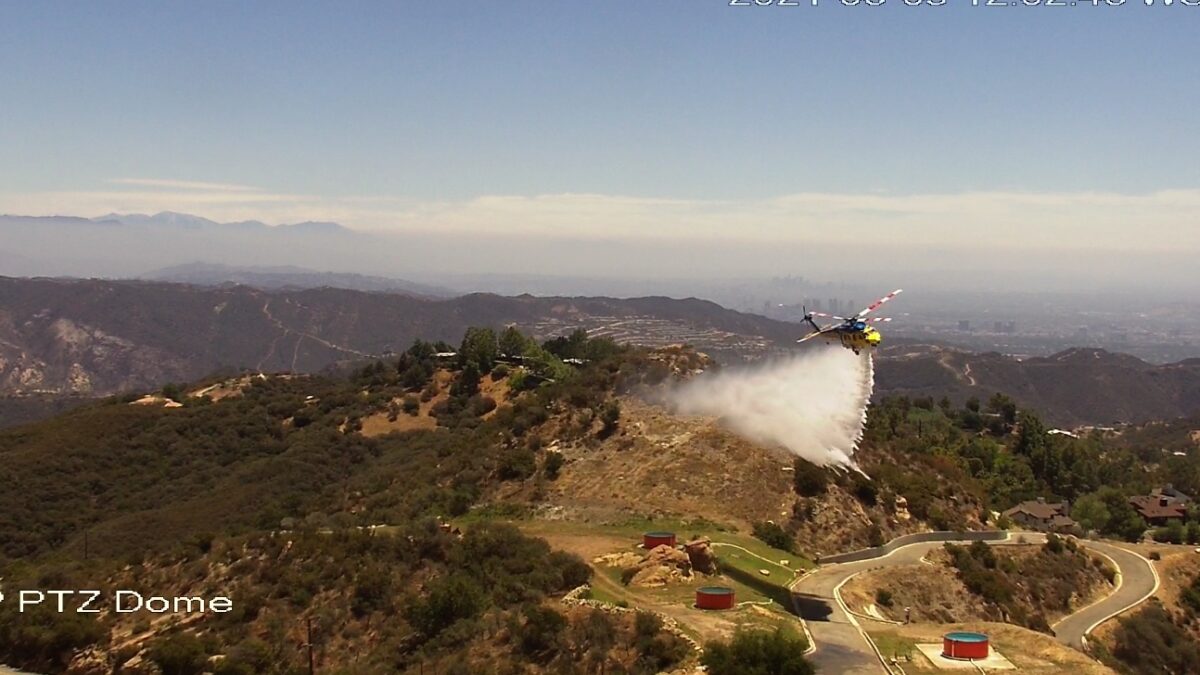 Los Angeles, Orange, and Ventura Counties have each secured the use of a Chinook for the coming fire season, beginning June 15. Chinooks can carry up to 3,000 gallons of water, and the Bravo-69’s new water delivery system will make it faster and easier for them to refill at the helistop.

The increased capacity will also help the county’s smaller fire fighting helicopters refill. It’s estimated that the old pumpkins provide 85,000 gallons of water during the recent Palisades Fire. The 69 Bravo system is automated and can be activated by an app, enabling fire personnel to fill the pumpkins as soon as helicopter support is requested, without needing anyone on the ground.

The 69 Bravo fire cam recorded Ventura County Fire practicing this month with their new Firehawk helicopters just in time for the official start of fire season. Although 69 Bravo is in L.A. County, it’s easily accessible for firefighting helicopters from the surrounding counties, making it an important fire fighting resource for the entire area. Learn more at 69bravo.com