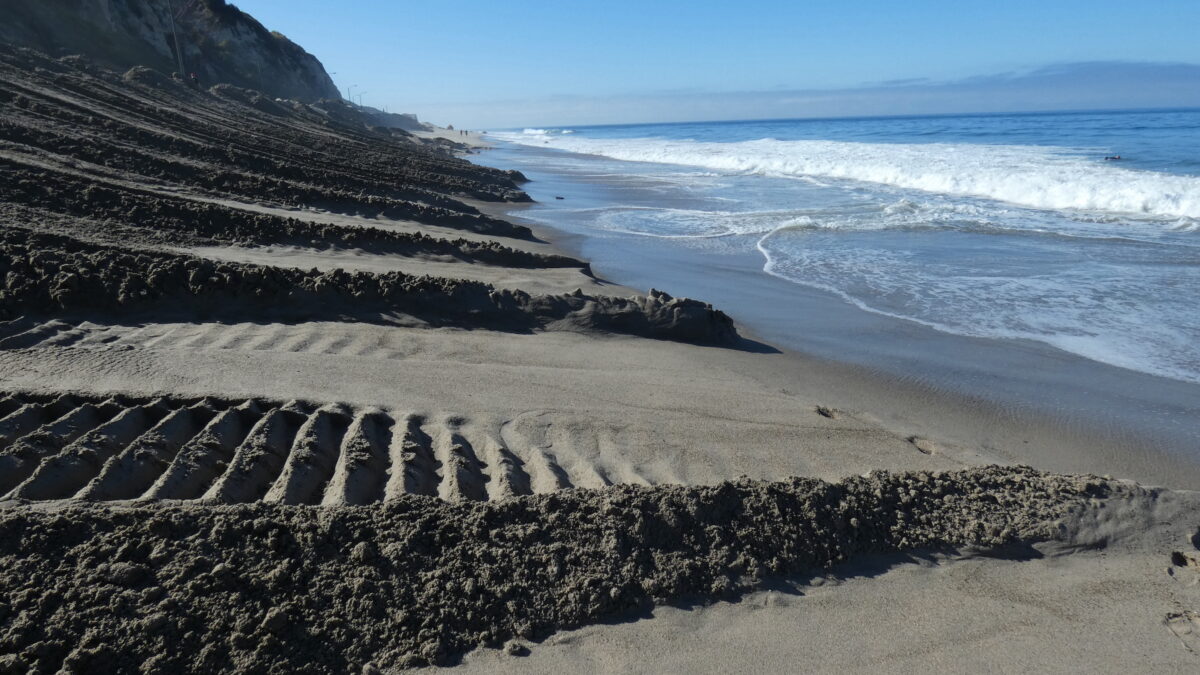 Los Angeles County crews were able to use sand to stabilize a section of road at Westward Beach that was damaged by high tides and big surf, but it’s only a temporary fix. Photo by Suzanne Guldimann
NewsBeat

High Tides and Big Surf Cause Problems on the Coast

The June supermoon coincided with big surf, resulting in high tides that tore stairs from decks and tossed wooden planking around like straws along the local coast. At Westward Beach, the road to the Point Dume State Beach parking lot was undercut by the waves, forcing the county to limit access while bulldozers and dump trucks temporarily stabilized the slope. Up the coast at Leo Carrillo, the North Beach parking lot was closed due to flooding.

This big tide and big surf event was a warning for coastal residents, but not a disaster. The local coast has dodged that fate, but there have been some near misses. In 2014, a significant section of Pacific Coast Highway at Tuna Beach just west of Topanga was undercut by a combination of summer high tides and storm surf generated by a massive tropical storm system—that incident put the water main and other utilities at risk.

In January of 1983, high surf generated by king tides and a series of powerful storms swamped a ten-mile stretch of PCH from Malibu Canyon to Trancas Canyon in mud and damaged more than 100 homes. The worst flooding event in recent history occurred in September of 1934, when tides and an epic swell produced waves of up to 33 feet, and swamped portions of PCH from Pacific Palisades to Corral Beach, flooding many Malibu Colony homes along what is now Malibu Road but was originally the coast route.

Big waves combined with full and new moon tides, like the June supermoon, can also rearrange the nearshore seabed, creating rip currents and potentially dangerous potholes. Debris swept out from the shore, like those wooden stairs and deck rails can also be a hazard for swimmers and surfers. A section of beach that was familiar can now be completely rearranged, with rocks where there was sand, and new local currents.

Always use caution when entering the water after a big surf event, and if possible, swim near a lifeguard.

If sea level rise predictions are accurate, coast residents—and commuters—will have to adapt to higher tides and more serious flooding. Events like the June high tide flooding are a reminder that the water is rising.

April is Earth Month, and while some large community events are still on hold, there are a variety of activities