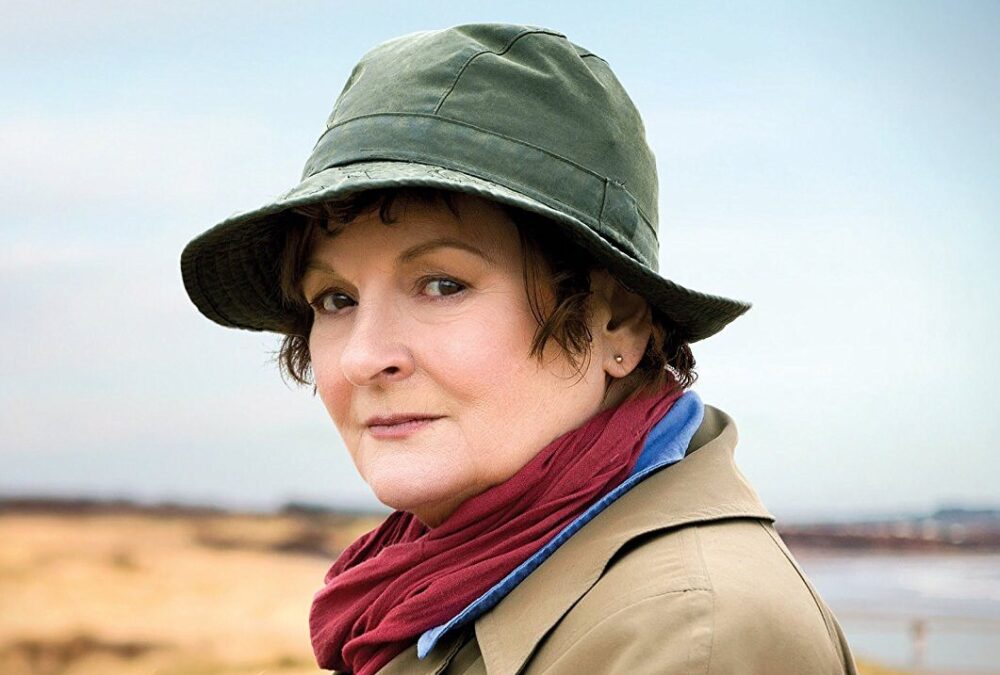 Most of us here at the Topanga New Times are voracious readers, and one of the things we all enjoy is detective fiction. TNT’s historian Jimmy Morgan took time out from non fiction in our June 6 issue to share some of his favorite fictional detectives with us. The books he selected feature recurring characters that he’s followed over the years and whose joys and sorrows he has shared as a reader. There are some great writers on his list, and the characters they have created come from dramatically different backgrounds, but they have two significant things in common: they are all professional detectives, and they are all men.

The female police detective is a surprisingly recent addition to detective fiction, despite the fact that women writers have dominated the field since its inception and there have been plenty of gifted amateur female sleuths from the beginning.

Women detectives—the professional police variety—were scarce in fiction and in real life until the third quarter of the 20th century, but amateur female detectives began setting to work solving crimes in the middle of the 19th century.

Genre historian and Malibu resident Leslie Klinger discusses the history of earliest women detectives in the introduction to his collection of early crime fiction In the Shadow of Agatha Christie. He identifies English author Catherine Crowe (1800-1876) as the author of one of the world’s first crime novels to feature a female protagonist. The Adventures of Susan Hopley; or Circumstantial Evidence was published in 1841. In it, the “titular heroine discovers a murder and skillfully sifts the evidence, discovering the criminal, qualifying her as probably the first female detective,” Klinger writes.

The first professional real world detective may have been Kate Warne, who began a career as an investigator with Allan Pinkerton’s celebrated Chicago detective agency in 1856. In 1861, this remarkable woman helped foil a plot to assassinate President Abraham Lincoln.

The first two fictional female detectives to star in their own series of stories debuted in 1864. Andrew Forrester’s Mrs. Gadden was the world’s first female undercover police agent. In the real world, women were not allowed to join London’s Metropolitan Police until after WWI.

Private detective Mrs. Pascal appeared the same year in the pages of Revelations of a Lady Detective, by William Stephens Hayward. They were the first of many female detectives, but women wouldn’t come into their own in the police procedural until the 1980s. Until then, a woman’s role in detective fiction was often limited to gifted amateur investigator, love interest, plucky sidekick, damsel in distress, or, all too often, the victim of the crime the male detective was called in to solve.

If women detectives struggled to gain a foothold in police work, women writers had an easier time. Detective fiction offered opportunity, and by the time the first female police detectives made it onto the page the field was dominated by women.

One of the earliest creators of a female police detective was Baroness Orczy, who also wrote the Scarlet Pimpernel.

Her police woman, the aristocratic Lady Molly Robertson-Kirk, made her debut in 1910 and appeared in a series of popular stories. Lady Molly used her knowledge of household management and what a sociologist might describe as women’s material culture to solve cases that stumped her superiors at Scotland Yard. The stories were eventually published together into an episodic novel entitled Lady Molly of Scotland Yard. It was a bestseller.

Hilda Adams, a nurse-turned-crime-consultant deserves a special mention as an early female police consultant. She was created in 1914 by American crime novelist Mary Roberts Rinehart—the author who gave us both the cliche of the butler as murderer, and the had-I-but-known trope. Hilda, sensible, middle aged and unmarried and in possession of steady nerves and great powers of observation, appeared in five novels, from 1914-1950. She assists the police but is not technically a detective herself.

Agatha Christie’s celebrated amateur detective Miss Jane Marple made her first appearance in a short story—“The Tuesday Night Club”—published in December 1927. Her first full-length novel, Murder at the Vicarage, was published in 1930.

The elderly spinster whose gentle demeanor hides a mind “like a bacon slicer,” kept detecting right up until 1976, the year of Christie’s death. Sleeping Murder (the last Miss Marple novel and one of this author’s favorites) was published posthumously the year of her creator’s death. Miss Marple starred in a total of 12 novels and 20 stories and has appeared in numerous film and TV adaptations of Christie’s work.

Christie, the “Queen of Crime”, remains a global phenomenon whose books are right up there with the Bible and Shakespeare on the bestsellers of all time list.

Miss Marple was soon joined by Miss Maud Silver, a discreet and unflappable governess created by Patricia Wentworth in 1928. Wentworth was a successful writer of the kind of adventure stories that involve mysterious inheritances, haunted houses, mistaken identities and rags to riches, when she turned to detective fiction. Miss Silver hasn’t aged as well as Christie’s Miss Marple, but she enjoyed a successful career—32 crime novels published over three decades.

Women remained sidelined from police work for much of the 20th century in both fiction and the real word, but fictional female protagonists gained ground as professional private investigators and consultants, and talented amateurs continued to thrive, from Agatha Christie’s flapper turned detective Tuppence Beresford, to teen genius Nancy Drew, authored by a cadre of ghostwriters under the name of Caroline Keene.

Eventually even some of the damsels in distress got tired of waiting for the hero to rescue them and developed some agency of their own. British author Mary Stewart was among the first best sellers to write smart young women characters who actively took a hand in their destiny. Although, while they took part in solving crimes, it was more a matter of extricating themselves from a dangerous situation rather than solving crime for a living.

Early female characters who did solve crimes for a living include Zelda Popkin’s Mary Carner, a trained security investigator at a New York City department store, who made her first appearance in 1938 in Death Wears a White Gardenia, and starred in a series of five novels.

Author Marcia Muller’s private investigator Sharon McCone, was also a pioneer. The staff investigator for a San Francisco legal cooperative, the pragmatic and level-headed McCone first appeared in Edwin of the Iron Shoes in 1977, and has starred in 33 novels and two collections of short stories.

Victoria Iphigenia Warshawski, author Sara Paretsky’s perennially popular hardboiled Chicago PI, is another influential character. She first appeared in Indemnity Only, in 1982, and her most recent case was Dead Land, published in 2020. Vic’s not a police officer, but she is a lawyer and former public defender turned PI.

The first female police detective I remember reading was Sue Grafton’s Kinsey Millhone, who first appeared in 1982 in A is for Alibi. Kinsey had left the force to pursue a career as a private investigator when we first met her, but her method of working is much closer to police procedure than it is to a gifted amateur. Grafton wrote 25 books about Kinsey Millhone, set in a fictionalized version of Santa Barbara—A is for Alibi through Y is for Yesterday—before her untimely death in 2017.

J.A. Jance may have the distinction of creating the first bestselling series featuring a female sheriff. Desert Heat, published in 1993, was the first of 15 novels about Joanna Brady, the Sheriff of Cochise County, Arizona.

Female police detectives still struggle with misogyny in the real world, but the fictional field is wide open. There is author Rachel Howzell Halltough’s brilliant black LAPD detective Eloise Norton, who is as tough and hard boiled as any of her male counterparts; Kathy Reich’s forensic anthropologist Temperance Brennan, the protagonist of a long series of novels and the basis for the popular TV show Bones; and Tess Garritsen’s tough Boston detective Jane Rizzoli, who has moved from the page to the TV in the popular and critically acclaimed series Rizzoli and Isles series on TNT.

Ann Cleeves’ unapologetically middle aged and irascible Vera Stanhope clumps through crime scenes in her battered sandals and solves crimes with intelligence and surprising compassion. A long running TV series starring Brenda Blethyn as Vera is equally good—look for season 11 ( it was delayed by the coronavirus crisis), on Britbox later this year.

Barbara Nickless has created a different kind of professional detective. Railroad cop Sydney Parnell Rose and her K9 partner Clyde have starred in four books so far: from Blood on the Tracks, in 2016, through Gone to Darkness, 2020.

Iris Johansen’s forensic sculptor Eve Duncan appears in 26 novels, beginning with The Face of Deception (1998), up to Dark Tribute (March 26, 2019).

Tana French’s Detective Cassie Maddox is a detective on the Dublin Murder Squad. Her adventures begin with In the Woods, 2007, and continue through The Trespasser, 2016.

In the Shadow of Agatha Christie, edited by Leslie Klinger, offers stories featuring some of the earliest female detectives and their authors. Pistols and Petticoats: 175 Years of Lady Detectives in Fact and Fiction by Erika Janik is a great introduction to what turns out to be a complex and still rapidly evolving facet of history and literature.

That detective novel that catches one’s eye with a colorful cover or a catchy title? It may be more than just an entertaining read; it may represent another crack in the glass ceiling for future female detectives, fictional and real.

High Tides and Big Surf Cause Problems on the Coast