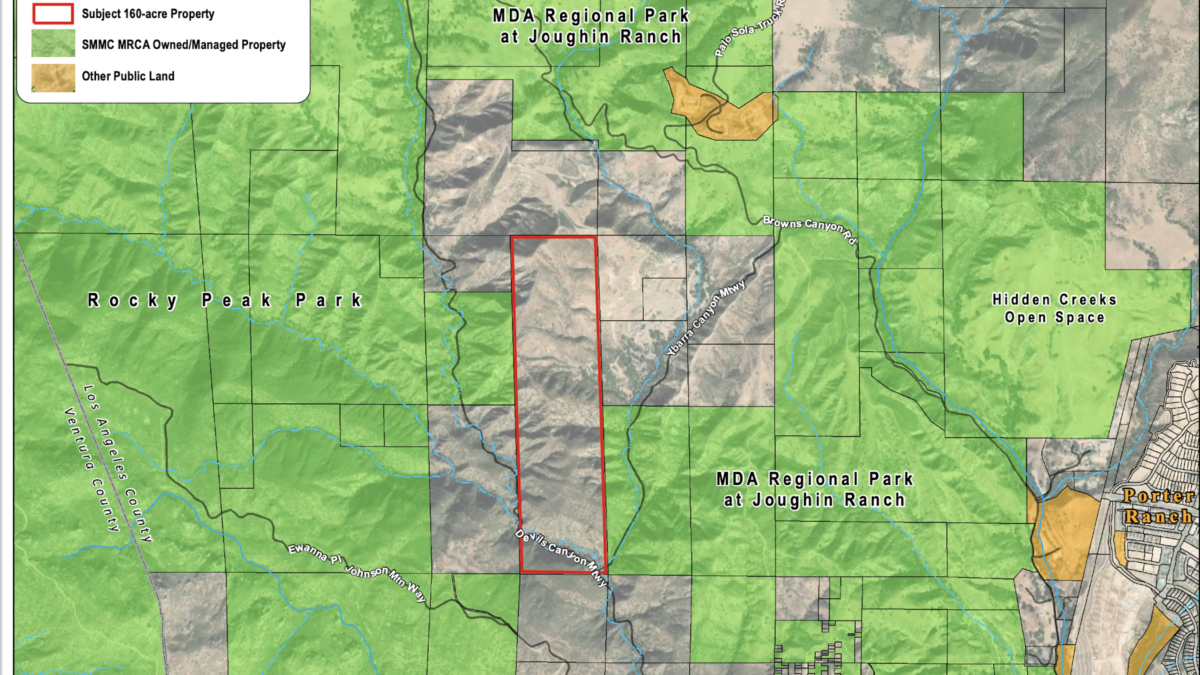 An important piece of undeveloped land at the Chatsworth end of Topanga Canyon Blvd. is expected to soon become parkland. The Chevron Corporation is negotiating with the Mountains Restoration and Conservation Authority to donate 160 acres in Devil’s Canyon to the agency. The parcel is located between Rocky Peak Park and Michael D. Antonovich Regional Park at Joughin Ranch, and is described as, “a critical addition to the protected area of the Santa Susana Mountains core habitat area.”

The donation brings an end to a long and complicated history of code violations. An MRCA staff report states that Los Angeles County has confirmed that Chevron had adequately cleaned up the violations on its property, including “evicting a squatter,” and that the oil company “desires to quit claim the property to the MRCA in a clean state.”

The report raises concerns that management of the property could pose some challenges, not because of Chevron’s past activities, but because of illegal activities documented by Los Angeles County on the two adjoining privately owned parcels that provide the only vehicular access to the proposed new park.

The report concludes that the county’s judgments on the two intervening parcels give it “leverage to compel those owners not to adversely impact the subject Chevron property.” Both properties are under current court judgments.

Even with the potential complications, the acquisition is being hailed as a major piece of the Rim of the Valley, one that will preserve important habitat and wildlife connectivity in an area with a rich native American cultural history, dramatic geology and many rare and threatened plant and animal species. Learn more at MRCA.ca.gov