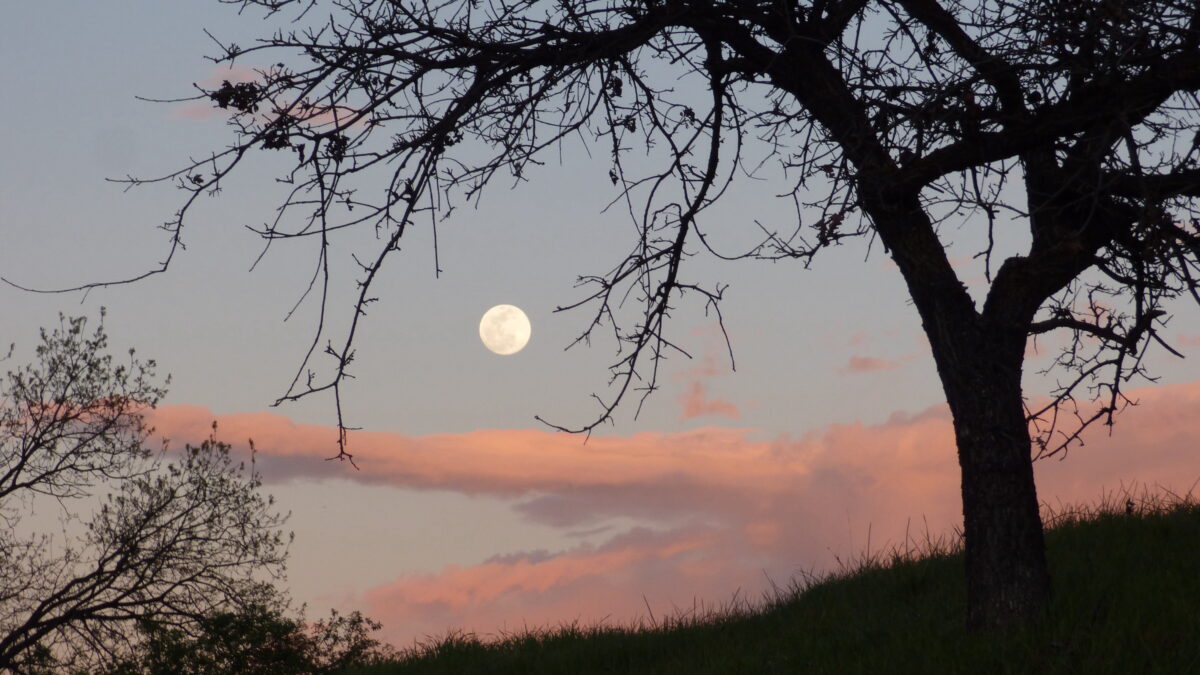 Future generations will continue to be able to enjoy watching the moon rise from this small but important corner of open space in Agoura Hills, once plans to purchase the property for parkland are complete. Photo by Suzanne Guldimann
NewsBeat

It was described as an ecological disaster. It became the flashpoint for a new grassroots movement. Now, the former site of a proposed 217,000-square-foot development on the corner of Cornell Road and Agoura Road in Agoura Hills is about to become permanent open space. It’s just eight acres, but it’s important.

In the fall of 2017, development seemed inevitable, but a group of residents rallied. Together with the California Native Plant Society, they filed a California Environmental Quality Act lawsuit. The complaint alleged that the city of Agoura Hills failed to adequately address many key environmental elements required by law, including the documented presence of 10 species of rare, threatened and protected plants; failure to consult with tribal representatives over a documented Chumash cultural heritage site on the property; and failure to adequately address traffic; water quality; aesthetics; trails; and wildlife corridors.

The California Superior Court judge agreed. Four years later, the ecological disaster has been averted, and the property is on the verge of becoming permanent open space, instead of high-density development.

At its August governing board meeting, the Mountains Recreation and Conservation Authority (MRCA) approved a resolution authorizing grant applications for the 8.3 acre property. The staff report states that the successful lawsuit that prevented the site from being flattened, “is a testament to the property’s concentrated botanical resources.”

The property abuts an Agoura Hills city open space preserve and a corner of the MRCA’s recently acquired 320-acre Triangle Ranch. It’s also adjacent to the California Department of Fish and Wildlife Santa Monica-Sierra Madre Mountains Connector Conceptual Area Protection Plan, part of a bigger plan to create a network of trails in the area, an an essential link in the network of wildlife corridors that will reconnect the Santa Monica Mountains with the Santa Susana and Simi ranges, one the Wallis Annenberg Wildlife Crossing at nearby Liberty Canyon is complete.

An existing dirt road accessible from Cornell Road is slated to become a public trail and will ultimately form a segment of the Rim of the Valley Trail linking the proposed Agoura Hills Linear Park Trail along Agoura Road to the Paramount Ranch Connector Trail. “No additional impacts to habitat would be required to increase public recreation and the proposed trail follows a more upland route away from the most sensitive habitat areas,” the report states.

At the same meeting, the MRCA board approved a resolution authorizing grant applications for the Box Canyon Connector Acquisition Project. This 172.92 acre property is near the northern terminus of Topanga Canyon Boulevard. It’s described as “an irreplaceable element of the Santa Susana Pass inter-mountain range habitat that connects the Santa Susana Mountains to the Simi Hills, and “a key missing linkage in the effort to reconnect and maintain a wildlife corridor between the Santa Monica Mountains and the Sierra Madre Mountains.”

The property is on the boundary between the Arroyo Simi and Calleguas Creek watershed and the Los Angeles River watershed. It also abuts MRCA’s 600-acre Sage Ranch Park. It’s a dramatic landscape, with sandstone formations that support an impressive array of botanical diversity, including the state-listed Santa Susana tarweed and mature coastal live oaks.

A grant application to the Wildlife Conservation Board was also approved for 120 acres also near the northern end of Topanga Canyon Blvd., known as the Devil’s Canyon—Rocky Peak Connector Acquisition Project.

Like the nearby Box Canyon Project, this acquisition is part of a long term effort to preserve and protect core habitat of the Santa Susana Mountains. The acquisition includes an important section of upper Los Angeles River watershed habitat, including almost a mile of USGS blueline stream.

The Santa Monica Mountains National Recreation Area is often described as a patchwork quilt of state, federal and local lands. It’s a patchwork that continues to evolve, as pieces of the pattern are added to fill in missing sections and the quilt expands to extend along the Rim of the Valley.