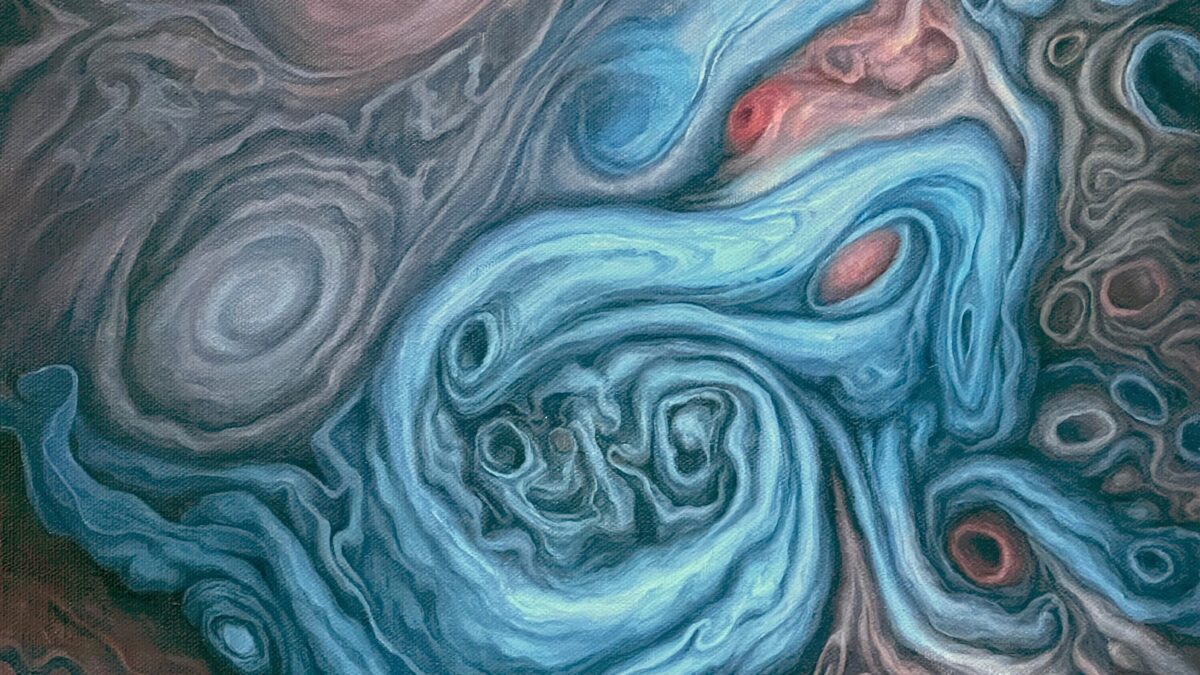 Vortex by Jonathan Burke. Photos courtesy of the artists
ArtBeat

The emotional, abstract, and colorful work of Toby Salkin in her solo show “80 Going on 20” will be steps away from the imaginative, precise, and often other-worldly presentation, Jonathan Burke’s “Nothing Happens at Once” at Topanga Canyon Gallery. The two shows will run concurrently from August 19 through September 4, with an opening reception Saturday August 20th from 3–7 PM.

In early 2022, Ms. Salkin decided she was old enough, and did not need to turn 80 years old. So, she adopted the decade of her 80th birthday – and continues to paint with the confidence and abandon of her 20-year-old self. This show is a celebration of the 60th anniversary of Toby’s 20th birthday. Growing up in a crazy dysfunctional home, Salkin brandished the paintbrush as a tool to calm and focus herself. By wielding that paintbrush, she could take on the world, painting in a realistic style, erasing the chaos that surrounded her upbringing. As she rushed into adulthood she experimented with impressionism, and later cubism, and expressionism.

Having gained technical skill through years of practice and education in a variety of genres, Salkin is now able to explore a more emotional and introspective style. As she reached this 60th anniversary of her 20th year during the time of Covid isolation, she allowed herself to reach inside and explore her emotion without the judgment and angst that accompanied those feelings in her younger years.

Salkin is a long-time member of Women Painters West, a current member of Los Angeles Art Association and Gallery 825, and a past president and current member artist at Topanga Canyon Gallery.

Mr. Burke’s exhibition is a detailed representation of landscapes on and off our planet along with a variety of animals and food. “All these subjects interest me and I hope my efforts to realize all their beautiful forms and color will connect with the viewer,” states Burke.

As a committed realist painter he is intrigued by the complexity of nature, and focuses on objects and environments. Burke develops his art from direct observation, and imaginative visualization.

Topanga Canyon Gallery is open 1-7 Fridays, Saturdays and Sundays or by appointment.