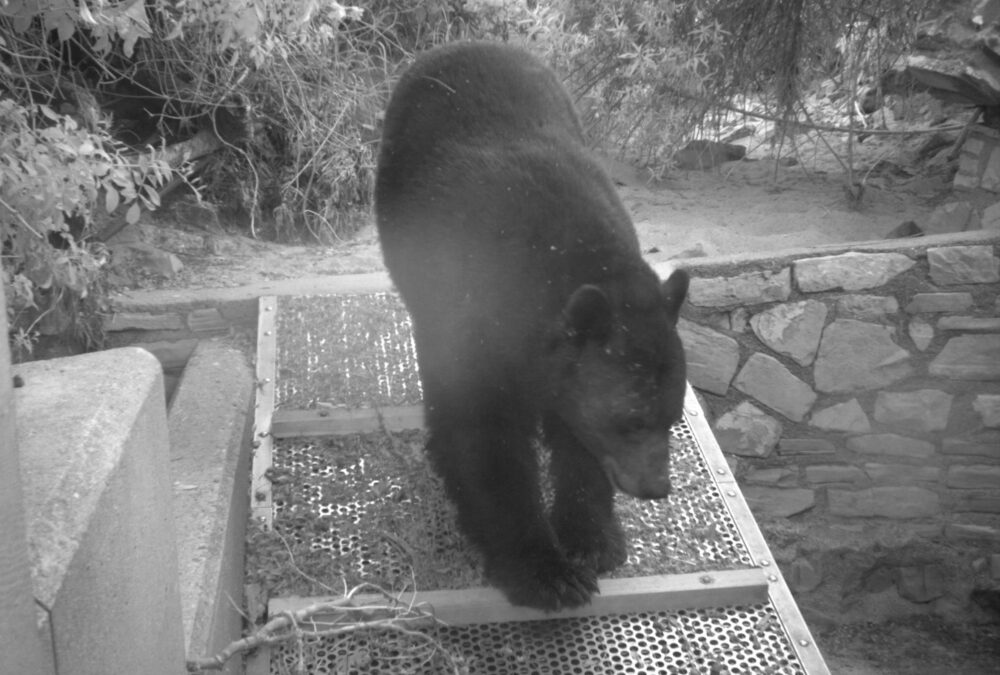 Vehicle strikes take a terrible toll on local wildlife, but a joint Caltrans and National Park Service project is helping improve wildlife safety and connectivity on a 12-mile stretch of the 118 freeway, west of the north end of Topanga Canyon Blvd.

The project involves clearing and retrofitting culverts, drains and other utility passages under the 118 freeway and installing fencing to direct animals to the underpasses and away from traffic on the two-lane stretch of the state highway. The goals are to create more habitat connectivity for diverse Roadkill, especially when it involves threatened species like the local mountain lion population, is an increasingly urgent issue, but it has taken decades to develop and fund practical solutions, like this project.

The NPS study that would eventually et this project into motion was published in 2003 in the journal Biological Conservation. That study, which was co-authored by NPS biologist Seth Riley, found that overall, our results indicate that underpasses, culverts, and other cross-highway structures facilitate wildlife attempting to cross major roads. We believe that such structures, even if not originally designed for wildlife, can be important parts of regional conservation strategies.

The 10-year Caltrans and NPS collaboration on the 118 has resulted in the retrofit of five drainage culverts. The retrofits are mostly complete and are now being monitored by wildlife biologists using remote cameras to assess how well their efforts have succeeded. As many as 10,000 images are being captured each month by remote cameras.

“If we want to keep a diverse wildlife community in these areas, we need to help them cross these roadways or eventually we’re going to lose species that are not capable of crossing,” said Justin Brown, a wildlife biologist with Santa Monica Mountains National Recreation Area.

The two-lane section of the 118 may seem more benign than the eight-lane 101, where a massive wildlife overpass project is underway, but Paul Caron, a Caltrans senior biologist, explained that the smaller road can be just as big a hazard for animals.

Caron said that even though most roads have culverts, many are not appropriate for all species due to their location, size, or surrounding habitat. Many underpasses are unusable for wildlife species because of silt or debris blocking the culvert or walls that block egress.

“Over the years, we’ve discovered a number of techniques that help reduce collisions and maintain connectivity for wildlife like fencing with escape points such as ramps or one-way gates,” Caron said.

Though NPS is still in the middle of the post-construction study, the remote cameras have captured clear evidence that the retrofitted culverts are being used by a variety of wildlife. .

In June, a remote camera in the Somis area captured a black bear traveling through a culvert where a steel ramp had recently been installed.

At another culvert, dubbed Fox Barranca, Caltrans workers installed “riprap,”boulders  to provide a way for wildlife to negotiate a six-foot drop with a pool of water at the bottom. The plan was to create a natural-looking ramp of rocks that would fill in with soil and plants over time, but the wildlife wasn’t going to wait for grass to grow. Animals have already started to regularly use the ramp

“The Caltrans Division of Environmental Planning is very excited to be part of a project that has brought a positive impact to wildlife species in an important wildlife corridor,” said Celina Oliveri, a Caltrans biologist who was instrumental in getting the project off the ground. “We will continue to promote improvements to corridors and linkages which facilitate safety for both wildlife and motorists in future Caltrans projects.”

Caltrans maintenance crews are reporting picking up less roadkill along the stretch that includes the five crossings.

Conservations are hoping the success of this project will lead to more undercrossing collaborations.

Theatricum Classes Are Back

Recycling and Resource Management Classes and Certificates at SMC