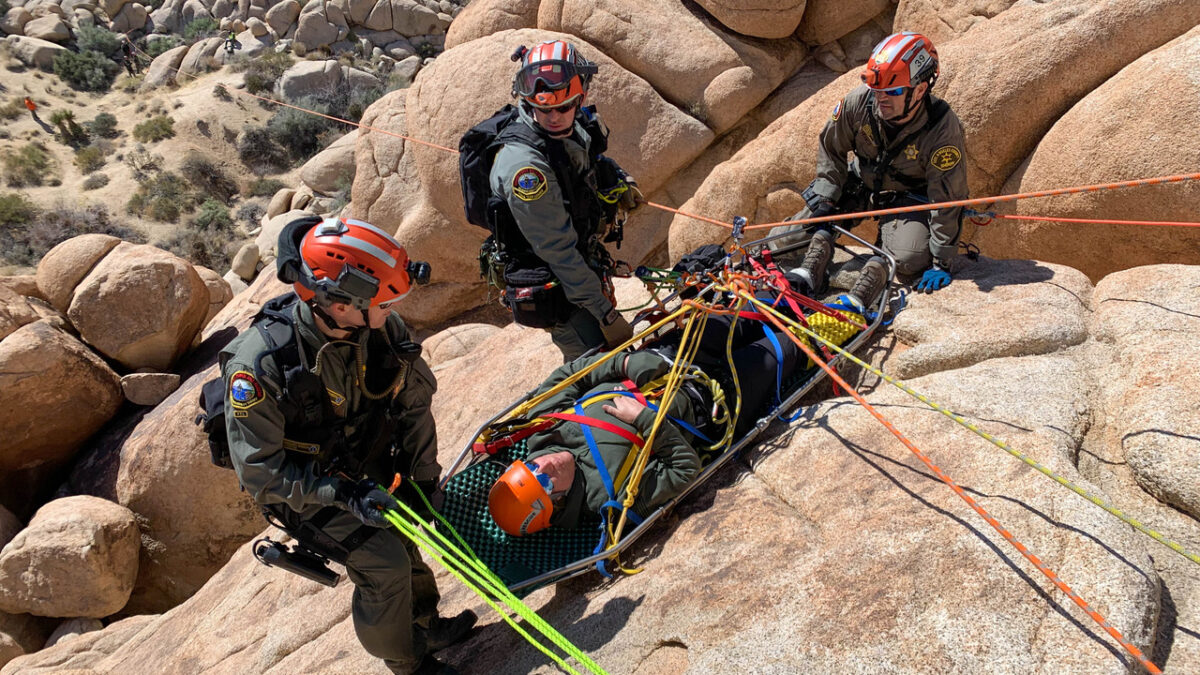 The Malibu Search and Rescue team is organizing their inaugural 1k/5k/10k Trail/Run/Walk and the local, all-volunteer team is seeking runners, walkers, and local businesses to sponsor the event that will be held at Paramount Ranch on Saturday, October 29.

2022 is on track to be another record year for Malibu Search and Rescue, and the team relies on private donations to support their life-saving search and rescue missions. All net proceeds generated from this event will go directly to the team, their equipment and other necessary supplies.

Malibu Search and Rescue is a non-profit volunteer organization that works with the Los Angeles County Sheriff’s Department and Fire Department. Although MSAR is officially under the aegis of the sheriff’s department, this is a non-profit 100-percent volunteer organization. Even the sheriff’s deputies who belong to the team do so on their own time.

As the name implies, this group of dedicated volunteers finds lost and injured hikers and missing persons, but that’s just part of the essential services they provide. Malibu SAR is there to assist when there is a vehicle over the side of one of the canyons. They are there during wildfires to help with evacuations. They respond when a hiker has fallen, or an animal is in distress. They are called in when there is a search for a missing person, and they have the terrible responsibility of helping law enforcement retrieve human remains from accidents, including vehicle and aircraft crash scenes in the mountains. Many rescues are in extremely difficult situations and in rugged and challenging terrain. Members of the team are also called on by the state during emergencies of all kinds through the California Emergency Management Agency

The team’s jurisdiction is 187 square miles of the Santa Monica Mountains, the cities of Westlake Village, Agoura Hills, Malibu, Calabasas Hidden Hills and the nearby unincorporated areas including Topanga Canyon. That makes them one of the busiest Search and Rescue teams in California.

“It’s a very difficult area,” Search and Rescue team member Neal Thornhill told the Topanga New Times. “But there’s no second option. We have to get people out when they are in trouble. If we don’t do it, who will?”

The team’s year started with the rescue of seven lost hikers in Malibu Creek State Park. The week TNT spoke with Neal Thornhill, the team had the somber responsibility of helping the coroner to recover the body of a 21-year-old crash victim, whose vehicle was 200 feet down a ravine off Mulholland Highway. The unusually hot and humid summer weather this year presented its own challenges. SAR team members had to respond to numerous heat illness calls, bringing victims to safety while they themselves risked heat exhaustion. Training for every imaginable scenario and all kinds of conditions, from 110 degree weather, to temperatures so cold that victims may be suffering from hypothermia. The average weekend can involve rescues from clifftops, ravines or even water. The terrain of the Santa Monica Mountains requires specialized skills and gear. “We train constantly,” Thornhill told TNT.

The skills the team needs include: rock climbing and repelling down ropes, being lowered into narrow canyons by helicopter, operating special hoists and winches, and cocooning the injured safely for transport.

Because this team conducts so many rescues in steep terrain and on cliffs, they need special vests that allow them to access their gear and tools without opening a backpack, and those vests receive a lot of wear and tear. All of the ropes and gear used to train and rescue people from those situations also needs to be replaced regularly for everyone’s safety. “There are 39 people on the team, and their gear is not funded by the sheriff’s department,” Thornhill explained, adding that 100 percent of the money raised by the fundraiser will go to equipment and supplies for the team. “We are hard on the equipment, we go all out on rescues,” he said.

“We’re excited to be hosting this first-ever run/walk fundraising event in our community,” said Neal Thornhill of the Malibu Search & Rescue team. “We’ve been around for 45 years, and we are dedicated to what we do—saving lives as first responders. We are hoping for a great turnout of participants, and we’d also love the support from our local businesses as sponsors.”