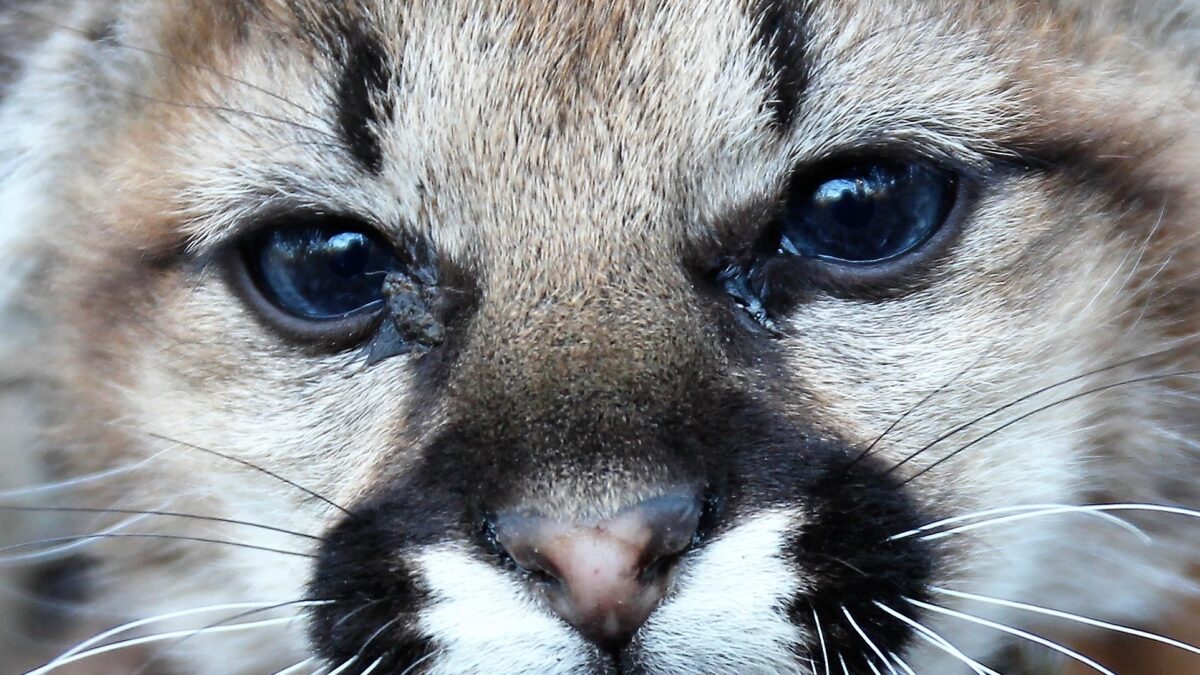 At the very beginning of this month, National Park Service biologists assisted the California Department of Fish and Wildlife (CDFW) with four mountain lion kittens that were discovered under a picnic table near a Thousand Oaks office building that abuts open space.

The four kittens, all females, were alone and thin, but in stable condition. They appeared to be about six weeks old. NPS biologists fitted the kittens – P-100, P-101, P-102, and P-103 – with tracking collars and collected biological samples, thereby bringing them into the research study the NPS has conducted for the last two decades. The mother of the kittens is unknown and was not being tracked by the NPS.

The saga began in the late afternoon of Monday, November 29, when an office worker called wildlife officials and reported seeing four mountain lion kittens under a picnic table. He was told by biologists at CDFW to leave them alone in hopes that they would go back into the surrounding open space and reunite with their mother. The following morning the kittens were found even closer to the office building. They were next to a recycling bin and were visible to office workers watching from inside. After about an hour, the kittens slowly lumbered off into the nearby open space.

Biologists from both agencies, NPS and CDFW, conferred on what to do, and they decided that it would be worthwhile to tag the kittens, and affix tiny, expandable VHF radio collars to their necks. This way, biologists could track and rescue the brood in case the mother did not return and assess their health and give them fluids if needed.

All four kittens were found close together under thick brush. A full workup was performed, which included collecting biological samples, taking their measurements, attaching an ear tag, conducting a physical exam, and placing the tiny collars on them. The kittens weighed between 3 1/2 to 4 1/2 lbs. and were given fluids. They were still active, moving around, and aware of their surroundings. After the workup, they were placed back together in thick brush in a makeshift “den.” Biologists set up trail cameras nearby.

The following morning, December 1, they were spotted huddled together about 50 feet away from where they were captured the day before. After checking the wildlife cameras that had been set up, biologists determined that their mother had not returned that night. Later that same day, NPS biologists checked on the kittens again and noticed that one of them – P-102 – did not follow her three siblings when they moved to a new location. She appeared to be in especially poor health. It was at this point that the decision was made to rescue all the kittens. They were taken to a local veterinarian, but, unfortunately, two of the kittens passed away overnight – P-102 and then shortly after, P-100.

The following morning, Thursday, the two surviving kittens – P-101 and P-103 – were taken to a veterinary hospital in Orange County by CDFW biologists. Clinicians at the animal hospital are currently waiting on some tests and then the kittens will be temporarily housed at the Orange County Zoo until a permanent home can be found for them.