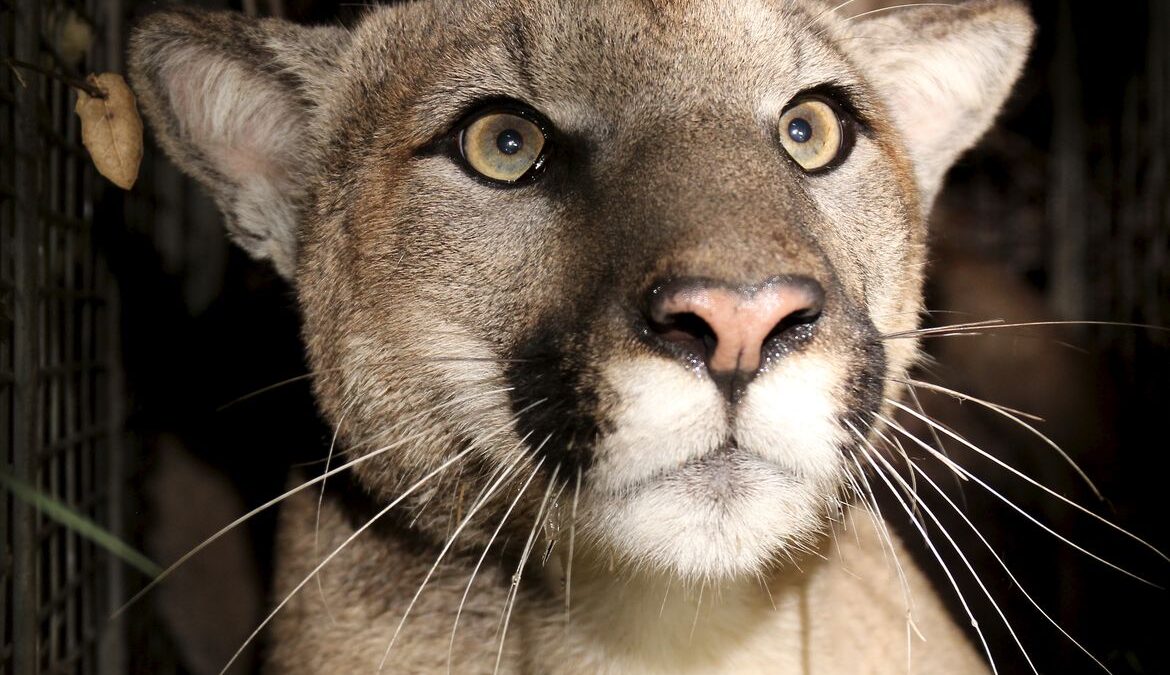 Mountain Lion P-81 looks healthy, but this big cat is one of the first in the Santa Monica Mountains to exhibit a genetic defect from inbreeding. P-81 has a bend or kink at the end of his tail, something that also occurs as a result of inbreeding in certain domestic felines, particularly Siamese cats.
NewsBeat

Scientists tracking two local mountain lion populations, one in the Santa Monica Mountains and another in the Santa Anas, knew that both populations are at risk for genetic abnormalities. Both study areas are isolated by freeways that prevent the big cats from dispersing into other areas with more genetic diversity. Now, the first reproductive signs of inbreeding have been identified.

“The animals averaged a whopping 93 percent abnormal sperm rate, while some also displayed physical signs of inbreeding, like deformed tails or testicular defects,” a press release from UCLA states. “Researchers have long had genetic evidence of inbreeding, but the malformed sperm is the first evidence that inbreeding is manifesting in the reproductive system.”

The researchers found four cats with kinks in their tails, including one that also had only one descended testicle. Both mountain ranges included at least one mountain lion with a malformed tail and one with abnormal sperm.

The study, scheduled for publication in the January 2022 print edition of the journal Theriogenology, lends added urgency to the The study finds that there is a real risk of extinction for the mountain lions in the Santa Monica and Santa Ana ranges.

“That’s why these recent findings of physical manifestations of inbreeding are so significant,” said Seth Riley, the wildlife branch chief at Santa Monica Mountains National Recreation Area and a researcher and adjunct associate professor at UCLA.

“We are not yet seeing the declines in survival, reproduction and physical condition that they saw in Florida, but seeing these signs of it is a major concern and potential harbinger of further, more serious issues.”

Caltrans is expected to break ground on the Liberty Canyon wildlife bridge over Highway 101 later this year, and there are tentative plans for a wildlife crossing over Interstate 15 in Riverside County to help save the Santa Ana lions.

“If we don’t do anything to add genetic diversity, the end is near,” Huffmeyer stressed. “That sounds dramatic, but that’s what we’ve seen.”